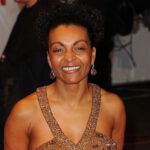 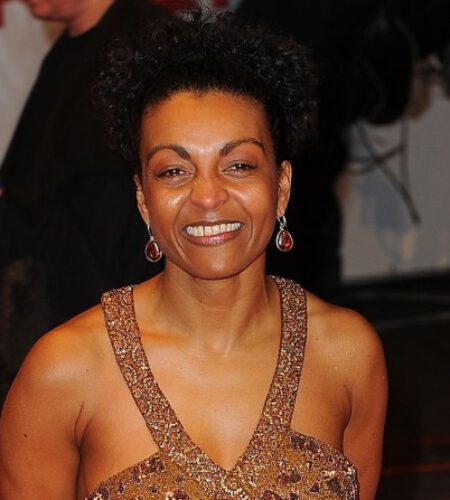 On January 14, 1963, the British actress was born in Clifton, Briston, as Adjoa Aiboom Helen Andoh. She was raised in Wickwar, England, United Kingdom, and has one brother called Yeofi.
Adjoa Andoh parents are of different origins. Her father is a Ghanaian, while her mother, who was a teacher, is English. Her father was a journalist and musician. He also worked for British Aerospace.
Adjoa Andoh attended Katharine Lady Berkeley’s School in Gloucestershire. She successfully graduated and later enrolled at Bristol Polytechnic, where she pursued her studies in Law before switching to acting.
In the year 1990, Andoh made her debut TV show appearance as Karen in EastEnders. Later, in 1995, she appeared in her first theatrical film titled What My Mother Told Me as Jesse.
Adjoa is a licensed Reader (a lay preacher) in the Church of England since October 2009.
In 2009, Adjoa was cast as Nelson Mandela‘s Chief of Staff Brenda Mazibuko alongside actor Morgan Freeman as Mandela in Clint Eastwood‘s Invictus.
Born to an English mother and Ghanian dad, the entertainer comes from a Ghanian-British identity.