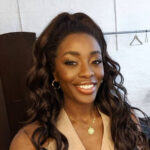 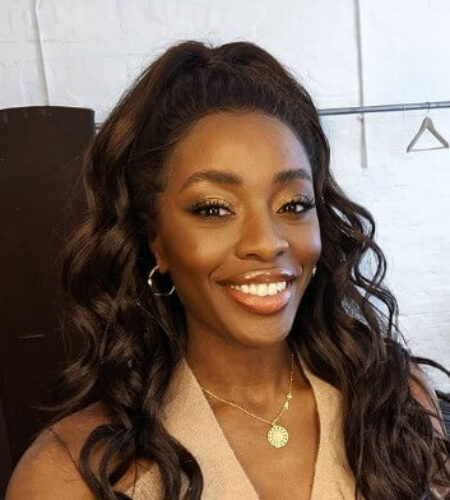 She was born on February 12, 1988 in Blackburn, Lancashire, England.

Her parents are Nigerian and she is one of eight children. Odudu attended St Bede's RC High School and St Mary's College. She later graduated with a degree in English and politics from Keele University. Her mother was a cleaner at a grammar school, and her father was a bus conductor. She was brought up alongside her seven siblings: two sisters and five brothers. Her elder sister is an engineer, her oldest brother is a lecturer at Cambridge University, another brother is a kidney specialist, while another sister is training to be a teacher.

English TV presenter, known for presenting Big Brother's Bit on the Side. She is a backstage reporter for The Voice UK.

* AJ birthday is on 12-Feb-88.
* Zodiac sign: Aquarius.
* Began her career as a reporter for BBC Blast based at Radio Lancashire.
* She graduated with a degree in English and politics.
* She launched her own blog on Hello magazine’s UK website, in 2013.
* She regularly presented the online Facebook quiz game “Confetti” in March-April 2019.