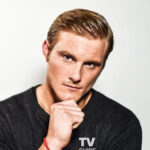 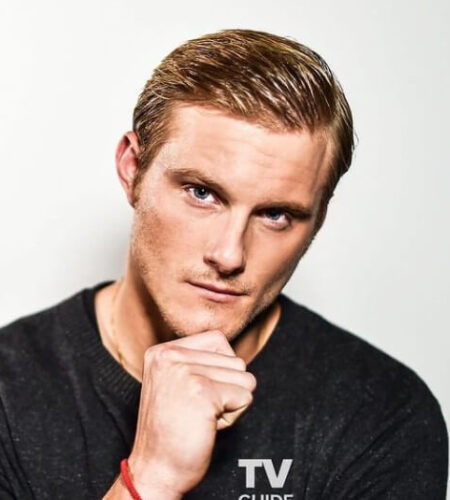 Alexander Ludwig (born May 7, 1992) is a Canadian actor and singer.
He first began his career as a child, and then received recognition as a teenager for starring in the films The Seeker: The Dark Is Rising (2007) and Race to Witch Mountain (2009). He shot to fame for starring as Cato in The Hunger Games (2012).
He is also known for his supporting roles as Shane Patton in Lone Survivor (2013), and Dorn in Bad Boys for Life (2020). He also starred as Bjorn in the History Channel series Vikings (2014–2020).
His mother is former actress Sharlene Martin, and his father is business exec. Harald Ludwig from Vancouver, Canada.
He's the eldest of four siblings, having two sisters and a brother.
His lucky number is 7 because he was born on May 7, at 7 minutes to 7, and weighed 7 pounds 7 ounces.
Alexander attended USC and lives full time in Los Angeles, California.
On the set of Sihirli dağ (2009), Dwayne Johnson gave him one of his personal guitars on his 16th birthday.
Is very close friends with AnnaSophia Robb.
From 2014 to 2020, he brought to life the character of Bjorn Ironside, Ragnar and Lagertha’s son, in Vikings and for this role, he was nominated for the 2015 Golden Maple Award for “Best Actor in a TV series broadcast in the U.S.”.
He won the MTV Movie Award for Best Fight for the movie The Hunger Games, which he shared with Josh Hutcherson and Jennifer Lawrence.
Tina Fey is his celebrity crush.
He likes the girly movie The Notebook (2004).
Brad Pitt and Johnny Depp are his idols.