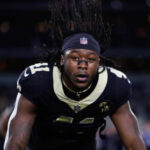 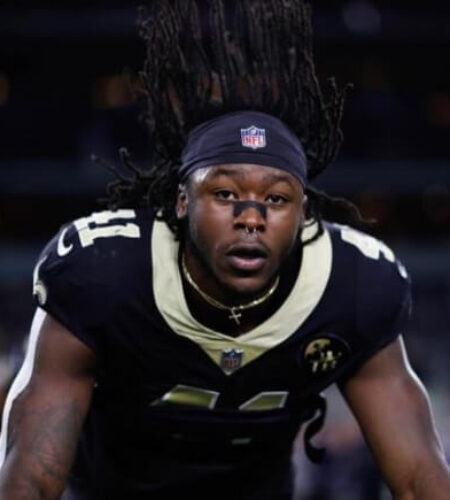 Alvin Mentian Kamara was born on July 25, 1995 in Norcross Georgia. Born to a Liberian mother, Kamara has African-American roots. He attended Norcross High School where he wrote football.
Alvin Kamara is a professional American football player back for the NFL's New Orleans Saints.
Running back who began his collegiate career with the University of Tennessee Volunteers. He was drafted by the New Orleans Saints in the third round of the 2017 NFL Draft.
He began his football career at Norcross High School where he earned Georgia Mr. Football honors from the Atlanta Journal-Constitution.
He was coached by Butch Jones as a member of the University of Tennessee Volunteers.
In 2015, he was named both Lindy's Sports' SEC Newcomer of the Year and Athlon Sports' Tennessee Rising Star.
He was ranked No. 20 by his fellow players on the NFL Top 100 Players of 2018.
He became the first player in NFL history to have 1,000 rushing yards and 1,000 receiving yards in his first 20 games.
He finished the 2018 season with 883 rushing yards and 14 touchdowns and 709 receiving yards and 4 touchdowns.
The Saints suffered a 26-23 controversial overtime loss to the Los Angeles in the NFC Championship.