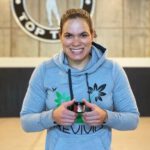 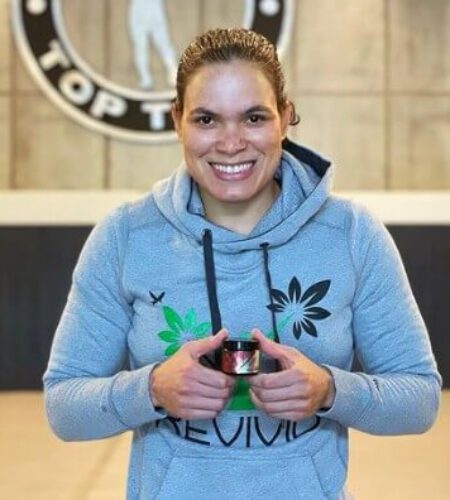 Amanda Lourenço Nunes (born May 30, 1988) is a Brazilian professional mixed martial artist.
While growing up, Amanda wanted to become a soccer player and her mother believed that getting in sports would do something about her habit of getting regularly in fights.
She stepped on the path that would lead to MMA career after getting fascinated with capoeira, which is an amalgam of dance and fight that was brought to Brazil by slaves.
Amanda is the first openly gay UFC champion and being the first champion from Brazil.
After losing her third UFC fight against Cat Zingano at UFC 178, she was so disappointed that she considered returning to Brazil.
She currently competes in the Ultimate Fighting Championship (UFC), in which she is the reigning champion of the women’s Bantamweight and Featherweight divisions.
She is the first woman to become a two-division UFC champion, and the third fighter in UFC history to hold titles in two weight classes simultaneously, after Conor McGregor and Daniel Cormier.
She is also the first and only fighter in UFC history to defend two titles while actively holding them.
Nunes is widely regarded as the greatest women's MMA fighter of all time.
As of June 2, 2020, she is #1 in the UFC women's pound-for-pound rankings.