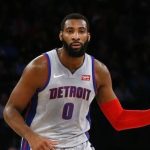 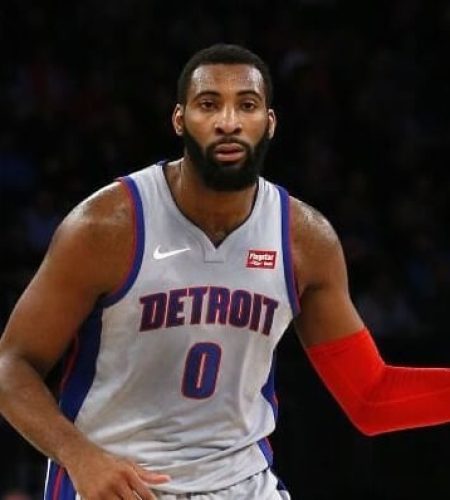 Andre Jamal Drummond born August 10, 1993 is an American professional basketball player for the Chicago Bulls of the National Basketball Association (NBA). He was selected by the Detroit Pistons in the first round of the 2012 NBA draft with the ninth overall pick.
Andre Drummond went to the Woodrow Wilson Middle School. He later started his high school education at Capital Preparatory Magnet School in Hartford. After having studied for about 2 years, he shifted to St. Thomas More and graduated in 2011.
In 2011, he got enrolled at the University of Connecticut. However, he studied at the university for just a year.
When he graduated from the high school in 2011, he was rated as the #1 player in his class by ESPN. He was also given the similar rating by NBADraft.com.
In the summer of 2010, Andre managed to win a gold medal with the U.S. team at the 2010 FIBA Under-17 World Championship. He delivered a great performance in the final match against Poland.
In June 2016, Andre Drummond made his first TV show appearance in the Danish talk show, Go’ morgen Danmark.
Drummond made his professional basketball debut in the 2012 season for Detroit Pistons.
In November 2015, he became the 3rd player, only after Kareem Abdul-Jabbar and Wilt Chamberlain, to have recorded 20/20 (points and rebounds) in 3 games out of the first 6 games of a season.
In November 2015, he became the first Piston player to have won the player of the week in consecutive weeks.