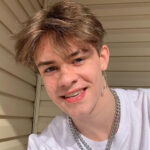 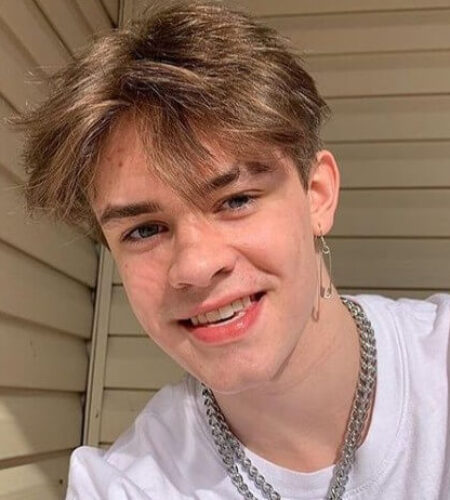 Social media star best known on TikTok under his luvanthony account. He has earned over 10 million fans by posting lip syncs and duet videos. He is also popular on Instagram
Anthony Reeves was born in November 7, 2001 in Ashland, KY, USA. And he was raised there.
His mother’s name is Lisa and he has 3 brothers.
Reflecting on his favorites, his favorite coffee brand is Starbucks, his favorite rappers are Juice WRLD and Post Malone, his favorite singer is Gnash and Adele, his hobby is skating as well as his favorite YouTuber is David Dobrik.
The American Tiktok star is of Caucasian ethnicity.
His Zodiac sign is Scorpio.
From his childhood days, he was not only interested in acting, modeling but relished making other people laugh.
He first began posting pictures to his Instagram account as ImAnthonyReeves in November of 2016.
In July 2019, he posted a dance video to TikTok alongside Jaden Hossler, set to a song by Megan Thee Stallion.
In addition to his TikTok and Instagram presence, he is also known for his Snapchat stories at AnthonyDReeves3. He launched a YouTube channel and the second video he posted on it, "My Girlfriend Does My Makeup/Q&A!!," earned over 1 million views.
Anthony is a big fan of XXXTentacion and expressed his condolence in June 2018.
Anthony prefers girls that are natural and apply no makeup to enhance their looks.
Anthony celebrated by eating a cake on the milestone of 50k followers on Twitter.
Anthony is an enthusiastic gamer and enjoys to play video games such as Minecraft and Fortnite.