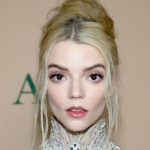 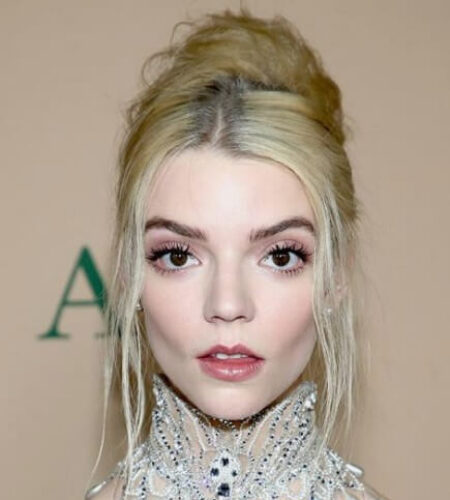 Anya Josephine Marie Taylor-Joy (born 16 April 1996) is an American-Argentine-British actress and model.
Her first acting performance was in the primary school production of Perkin and the Pastry Cook. She was cast in the role of Perkin.
Anya took ballet classes until the age of 15. It was then, she decided to drop it as she didn’t want to give up on acting.
Her first professional audition was for the role of young Maleficent in the Disney movie. She had traveled for the audition to London with her mother but, missed out on the part.
She almost missed out on becoming a model, when she mistook Storm Modeling agency founder, Sarah Doukas as a stalker and tried to run away on the streets of London.
The recipient of various accolades, including a Golden Globe Award and a SAG Award, she was listed in Forbes 30 Under 30 in 2019 and was named by Time magazine as one of the "emerging leaders who are shaping the future", in 2021.
Born in Miami and raised in Buenos Aires and London, Taylor-Joy began acting in school productions and eventually dropped out to pursue acting.
After small television roles, she made her film debut with the lead role in the 2015 horror film The Witch. She received further attention for her roles in the horror film Split and the black comedy Thoroughbreds, both released in 2017;
She earned a BAFTA Rising Star Award nomination.
This was followed with starring roles in two BBC One drama miniseries The Miniaturist (2017) and Peaky Blinders (2019) and in the Netflix fantasy drama series The Dark Crystal: Age of Resistance (2019) and Split's sequel Glass (2019).
In 2017, she was honored at the Cannes Film Festival with “Trophée Chopard”.
As a voice artist, she made her TV show debut in 2019 by providing vocals to the character of Brea, the youngest Gelfling princess of the Vapra Clan, in the American fantasy web television series, The Dark Crystal: Age of Resistance.
When she was young, Harry Potter books actually helped her to learn English.