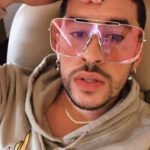 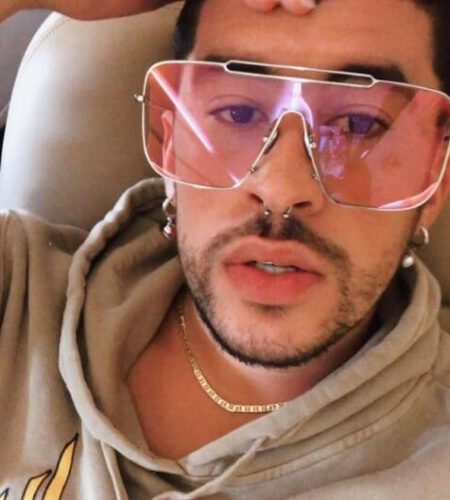 Spanish-language trap and reggeaton sensation who rose to fame with his hit single "Soy Peor." He is also known for collaborating on the hits "I Like It" with J Balvin and Cardi B, "MIA" with Drake and "Mayores" with Becky G.
Bad Bunny whose birth name is Benito Antonio Martinez Ocasio was born on 10th March 1994 . Being born in early March, Benito is a Pisces.
His mother is a Catholic and he also used to do church choir until the age of 13. Talking about his family background and parents, Bad Bunny is the eldest son of Tito Martinez and Lysaurie Ocasio.
His parents Tito is a truck driver and his mother Lysaurie is a retired school teacher. Moreover, his mother was fond of listening to salsa, merengue, and ballads including Juan Gabriel’s Abrazame muy fuerte.
Bad Bunny went to school locally in Puerto Rico and was part of his local church choir. He then studied audiovisual communication at the University of Puerto Rico at
He was raised in Vega Baja, San Juan alongside two younger brothers, Bernie and Bysael. He began a relationship with Gabriela Berlingeri in 2017. He was previously in a five-year relationship with Carliz de la Cruz.
He got his stage name after posting a childhood photo in a bunny costume where he looked displeased and his followers began calling him "Conejo Malo." He won the Latin Grammy for Best Urban Music Album for X 100PRE in 2019. In 2020, he was cast in the third season of Narcos: Mexico and in the movie American Sole.
He was featured on the 2018 remix of "Te Boté" alongside Darell, Casper, Nicky Jam, Nio García and Ozuna. He was one of the surprise musical guests at the Super Bowl LIV halftime show led by Shakira and Jennifer Lopez.
Musicians who inspire him are Hector Lavoe, Daddy Yankee, Romeo, Marc Anthony, Vico C, and Tego Calderon among others.
His singles Soy Peor and Tú No Metes Cabra managed to hit the Top 50 Hot Latin Songs chart.
He has hosted Apple Music’s Beats 1 radio Trap Kingz, the first Spanish-language show.

Bad Bunny is 5 feet 11 inches tall. This makes his height 1.8 in metres.
This talented musician and singer stands 6 feet (72 inches) tall and weighs around 78 kg.