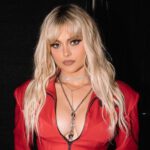 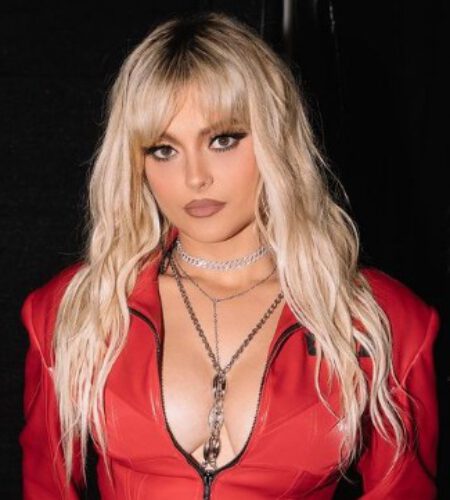 Rexha was born on August 30, 1989 in Brooklyn, New York, U.S., to ethnic Albanian parents. Her father, Flamur Rexha, was born in Debar, North Macedonia when it was part of Yugoslavia. He emigrated to the U.S. at the age of 21, and her mother, Bukurije Rexha, was born in the U.S. to an Albanian family with roots in Gostivar (which, like Debar, is now part of North Macedonia). In the Albanian language, bletë means "bee"; and she explained "My parents are Albanian, and people started calling me 'Bebe' for short." She and her family moved to nearby Staten Island when she was six.
As a teenager, Bebe submitted a song to be performed at the annual “Grammy Day” event. She earned the “Best Teen Songwriter” award, beating around 700 other entrants.
In 2010, Bebe joined an experimental band started by Fall Out Boy’s bassist, Pete Wentz. The band was called Black Cards. They released several singles and played some live shows, but Bebe left the band in January of 2012 to pursue a solo career.
In 2013, Bebe signed with Warner Bros. Records as a solo artist. That same year, she wrote Eminem and Rihanna’s “The Monster.” The song went on to top the charts and won a Grammy for Best Rap/Sung Performance.
Later, Bebe went on to co-write chart-topping hits like “Me, Myself, & I” with G-Eazy, “In the Name of Love” with Martin Garrix, and “Meant to Be” with Florida Georgia Line.
Bebe released her first studio album, called Expectations, on June 22, 2018. The album included singles from her previously released All Your Fault series, as well as new songs.
On tours, Bebe has opened for Nick Jonas, Ellie Goulding, Bruno Mars, and Katy Perry. She also co-headlined Warped Tour in 2015.
In December 2018, Bebe was nominated for Best New Artist and for Best Country Duo/Group Performance for “Meant to Be,” her collaboration with Florida Georgia Line.
Bebe lists Coldplay, the Cranberries, Lauryn Hill, Bob Marley, Madonna, Blondie, Alanis Morissette, and Kanye West as her biggest musical influences.