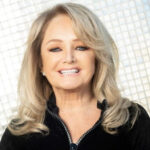 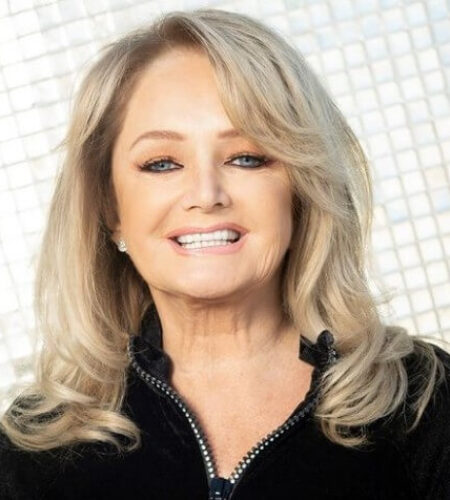 Bonnie Tyler was born on 08-06-1951 in Skewen, Neath, Wales, United Kingdom. She is a Welsh Singer, Philanthropist, Songwriter & Recording Artist.
She first came to prominence in 1976 with the song, "Lost in France", which made the UK top 10.
Following a throat operation, she inadvertently developed her distinct singing voice. She had a transatlantic top 5 hit with "It's a Heartache" in 1978.
She hit the big time when she became the first Welsh singer to have a transatlantic #1 hit with Jim Steinman's "Total Eclipse of the Heart" (1983), for which she was Grammy nominated. The accompanying album "Faster than the Speed of Night" also entered the UK Album chart at #1.
She was awarded at the Echo Awards for the Best International Female Vocalist in 1993.
After she decided to leave school, her first job was at a grocery shop.
While being young, she was exposed to various genres and artists such as Elvis Presley, Frank Sinatra, and The Beatles because of her sibling’s music preferences.
Is friends with Catherine Zeta-Jones and attended her wedding to Michael Douglas.
Had an operation on her throat, which resulted in her voice being as husky as it is.
Won her first talent competition at the age of 17 singing a Mary Hopkin song.
Recorded a song for the soundtrack of the colored version of Fritz Lang's Metropolis (1927) in 1984.
In 1984, Tyler recorded "Here She Comes" for the restoration version of the sci-fi film Metropolis. Despite not entering the Top 75 in the United Kingdom, Tyler was nominated for Best Female Rock Vocal Performance at the 1985 Grammy Awards.