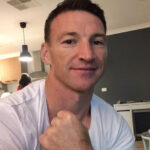 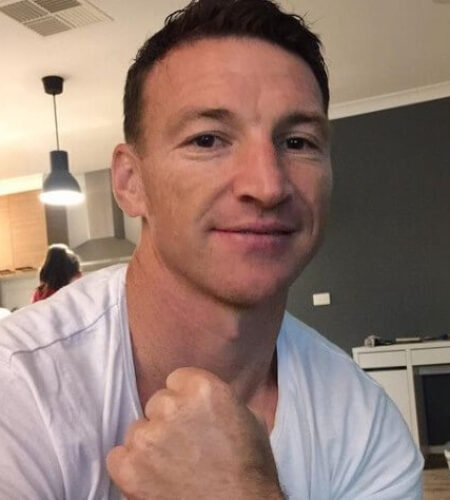 Australian rules footballer who began his legendary career at North Melbourne in 1996 and became the club's all-time leader for games played. From 2003 to 2010, he received the Syd Barker Medal as North Melbourne's best and fairest four times.
Brent Harvey (born 14 May 1978), often known by his nickname "Boomer", is a former Australian rules footballer who played for the North Melbourne Football Club in the Australian Football League (AFL).
He holds the record for most matches played by an individual in VFL/AFL history, breaking Michael Tuck's previous VFL/AFL record in 2016.
He has been in a long-term relationship with Shayne McClintock, with whom he has children, Cooper, Lacie and Hudson with.
In his 150th career game, he kicked three goals to help North Melbourne beat Carlton by 124 points, the club's worst-ever defeat.
He and Andrew Swallow are both recipients of the Syd Barker Medal.
He was born in Preston, Victoria and was drafted by the Kangaroos in the third round of the 1995 AFL Draft.
In 2010, the week after a career-low five possession game against St Kilda, Harvey led North Melbourne to a 25-point win over West Coast Eagles with a career-best 44 disposals, along with 11 marks, six goal scoring assists and one goal. Harvey also almost kicked a candidate for goal of the year, taking seven bounces of the ball in a run from defence before hitting the post with his shot at goal. In 2011, playing his 312th game, he broke Glenn Archer's all-time club record for games played.
On Friday October 7, 2016 at the 2016 Syd Barker Medal night Brent Harvey announced his retirement from AFL football, choosing not to wear another club's guernsey although his form could allow him to do so.