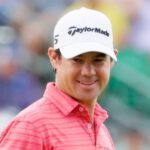 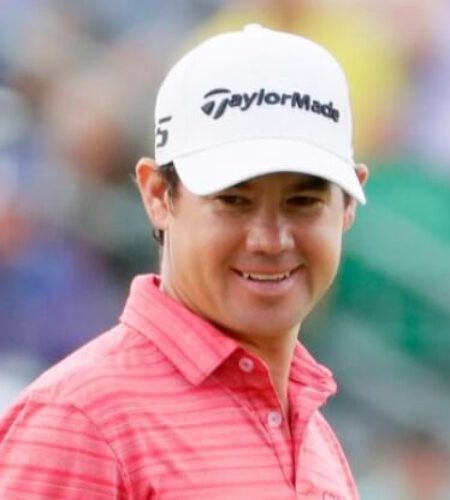 Brian Harman is one of the most popular and well-known American professional golfer, who plays on the PGA Tour.
He is one of the left-handed players on tour, most of the time, he is recognized for being a skilled player.
Brian Harman was born 19th January 1987 in Savannah, Georgia.
Harman plays golf left-handed; it is the only sport he plays with this hand.
The American enjoyed an extremely successful amateur career, with the standout victory being the 2003 US Junior Championship. Harman was also a member of two winning US Walker Cup teams (2005 and 2009).
His hobbies include fishing and hunting. He often hunts with current PGA Tour pro, Patton Kizzire.
Harman made his PGA Tour debut whilst he was still an amateur. This came at the 2004 MCI Heritage.
He attended the University of Georgia, where he was a three-time 2nd Team All-American, winning the 2005 NCAA Preview and the 2006 Isleworth Invitational.
The American’s family are all world-class scuba divers and spear fishers.
Harman is a huge sports fan and follows all teams from Atlanta, as well as the Georgia Bulldogs.
The American lives in his home state of Georgia with his wife Kelly and their two children: daughter Cooper and son Walter.

Brian height’s is 5 feet 7 inches and his weight is 70 Kg, being a sportsperson, it is pretty important for him to stay fit and fine. He has to perform on the tours, he does exercise and takes a healthy diet.