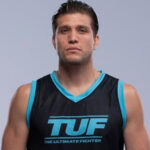 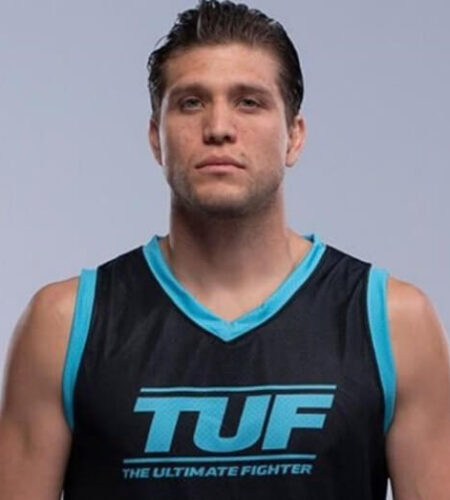 Brian Martin Ortega (born February 21, 1991) is an American professional mixed martial artist.
He currently competes in the Featherweight division for the Ultimate Fighting Championship (UFC). A professional since 2010, Ortega has also competed in the RFA, where he was the Featherweight Champion. As of July 30, 2020, he is #2 in the UFC featherweight rankings.
On March 8, 2020, a police report was filed against Ortega for alleged slapping Korean American rapper Jay Park, translator for Chan Sung Jung (Korean Zombie), at UFC 248 after Jung left to use the washroom.
Ortega was scheduled to face Chan Sung Jung on December 21, 2019 at UFC on ESPN+ 23. However, Ortega pulled out of the fight in early December citing a knee injury.
Ortega was expected to face Hacran Dias on October 1, 2016, at UFC Fight Night 96. However, Ortega pulled out of the fight in early September and was replaced by Andre Fili.
Ortega was expected to make his promotional debut against Diego Brandão on May 31, 2014, at The Ultimate Fighter Brazil 3 Finale. However, Brandao pulled out of the bout in the days leading up to the event citing an injury. Due to the late nature of the change, officials did not try to find a replacement and Ortega was pulled from the card as well.