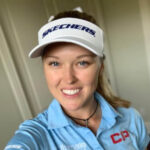 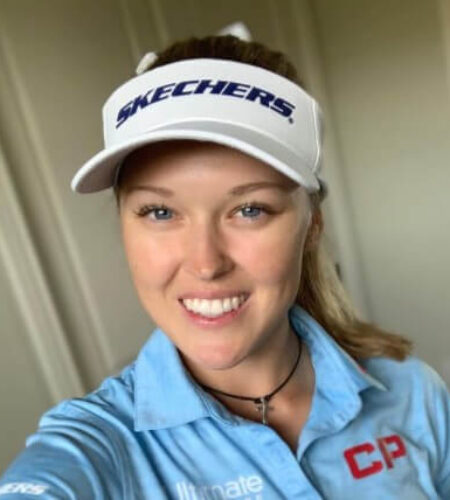 Brooke Henderson was born on 10 September 1997. She was raised by her parents in Smiths Falls, Ontario. Also, her parents Dave and Darlene are experienced players.
Born and raised in Smiths Falls, Ontario, Canada, Brooke is a Canadian national. And she is of white ethnic descent.
Besides, her elder sister Brittany Henderson is also a golfer. Additionally, her uncle Tom is a top amateur player.
Moreover, Henderson graduated from Smiths Falls District Collegiate Institute in June 2014.
After Monday-qualifying for the Cambia Portland Classic in Oregon in August, Henderson won the event by eight shots, the largest victory margin on tour since 2012, and became the tour's third-youngest winner. Henderson was only the second Monday qualifier to win on tour, and the first since Laurel Kean in 2000. She was also the first Canadian to win on the LPGA Tour since Lorie Kane in 2001, and was granted immediate LPGA Tour membership.
On 14 April, Henderson won the Lotte Championship – her sixth victory on the LPGA Tour – finishing at −12 to win by four strokes over Azahara Muñoz.
On 26 August, Henderson became the first Canadian in 45 years – after Jocelyne Bourassa in 1973 – to win the Canadian Women's Open at the Wascana Country Club in Regina, Saskatchewan.
Since 2012, Henderson has been in training with Golf Canada's amateur and young professional development programs called "Team Canada".
During 2015 to 2016, Henderson was signed to several corporate sponsorships:
In June 2017, Henderson won the Meijer LPGA Classic. Henderson's win on 2 October 2017 at the McKayson New Zealand Women's Open was her first LPGA championship outside North America.