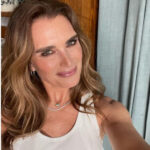 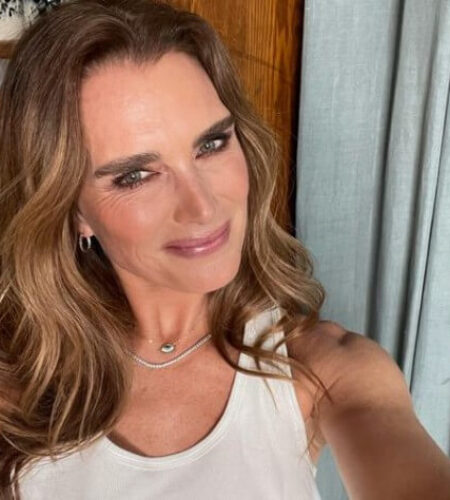 Brooke Christa Shields (born May 31, 1965) is an American actress and model.
She was initially a child model and gained critical acclaim at age 12 for her leading role in Louis Malle's film Pretty Baby (1978). She continued to model into her late teenage years and starred in several dramas in the 1980s, including The Blue Lagoon (1980), and Franco Zeffirelli's Endless Love (1981).
Listed as one of twelve "Promising New Actors of 1978" in John Willis' Screen World, Vol. 30.
Started her career in a TV commercial for Ivory soap.
Chosen as Time magazine's Face of the '80s.
Princeton graduate in June 1987 with a bachelor's degree in French Literature, with a minor in Italian, but says she spent most of her time making pottery, to relax.
Her grandfather was Frank Shields, a professional tennis player who acted in a few films in the 30s
She was ranked in the top 12 Promising New Actors of 1978 in John Willis’ Screen World, Vol. 30.
Mademoiselle magazine named her The Face of the Year in 1979.
She was a friend of musician Chuck Berry in the 1970s and actor Scott Baio in the 1980s.
Anna Strasberg is a close friend of hers.
In 1980, Shields became the youngest fashion model to appear on the Vogue cover at 14 years of age.
She became the youngest guest star on The Muppet Show and enacted her own version of Alice in the Wonderland in 1980.
Starting in 2013, Shields has been an occasional guest co-host in the 9:00 hour of Today on NBC. She also recurred during Season Nineteen of Law & Order: Special Victims Unit as Sheila Porter, the grandmother of Olivia Benson's adopted son, Noah Porter.