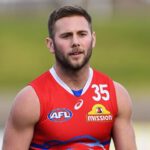 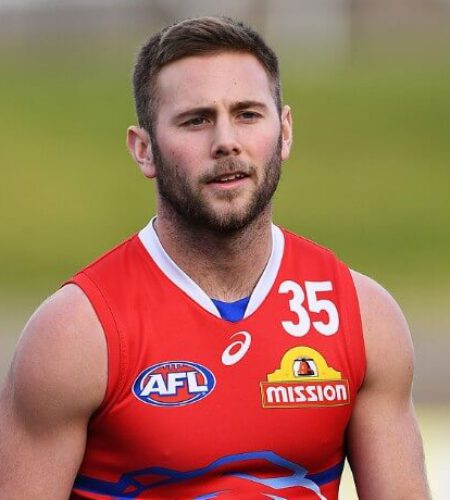 Caleb Daniel (born 7 July 1996) is a professional Australian rules footballer who plays for the Western Bulldogs in the Australian Football League (AFL).
Known for his precise short kicking from half back, Daniel has been recognized statistically as one of the most effective short kicks in the game.
When he was recruited in 2014 he was listed as the shortest player (standing at 168 cm) in the AFL, and is one of the few players who regularly wears a protective helmet, having done so since his playing days at junior level.
Daniel was originally from Beaudesert, Queensland before he moved to Adelaide and studied at Aberfoyle Park High School and played eleven senior games for South Adelaide in the SANFL. He credits his coach at South Adelaide, former Fitzroy and St Kilda rover Brad Gotch, for instilling confidence in him at the start of his senior career.
After the promise shown in his debut season, Daniel took his game to the next level the following season, playing all but two games due to calf injury and playing a key role in the Bulldogs' drought-breaking premiership. In Round 4 2016, he was the round nominee for the 2016 AFL Rising Star after collecting 25 disposals in a 36-point win against Carlton. He would finish runner-up to Sydney's Callum Mills. Daniel was among the Bulldogs' best players in the Elimination Final win over West Coast at Subiaco Oval, amassing a then career-high 33 disposals and kicking a goal.