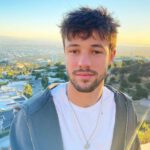 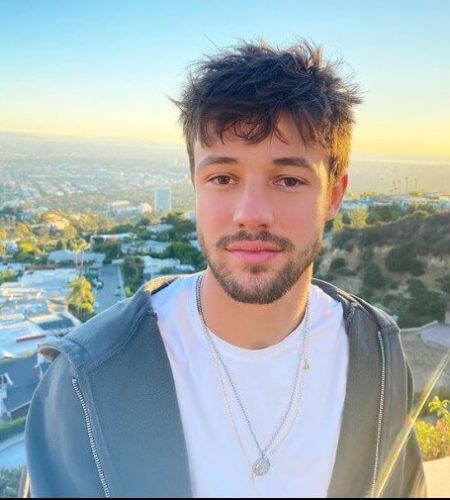 Cameron Dallas He was born on September 8, 1994, in Whittier, California.
His mother’s name is Gina Dallas. He grew up in Chino, California with his sister named Sierra Dallas, who is four years older.
Talking about his ethnic background, he has described his ethnic background as half Scottish, a quarter Mexican, and a quarter German. Likewise, he holds an American nationality.
His best friends are Aaron Carpenter and Nash Grier.
His fame began in 2013 when he started posting funny videos of him making jokes on his friends and relatives and on Vine.
He is one of the most followed Viners, Instagram and YouTube star, teenagecraze, and style icon.
He appeared in television shows and movies several times, and released first music single in 2015.
To this, in 2016 he enteredfashion industry as a promising model and co-author of a fashion line.
His staggering popularity on social media caught the attention of Netflix which led him to have his own reality series Chasing Cameron, which premiered on December 27, 2016.
Cameron received the Teen Choice Award for the most popular Viner in 2014.