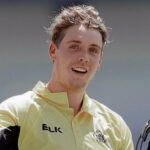 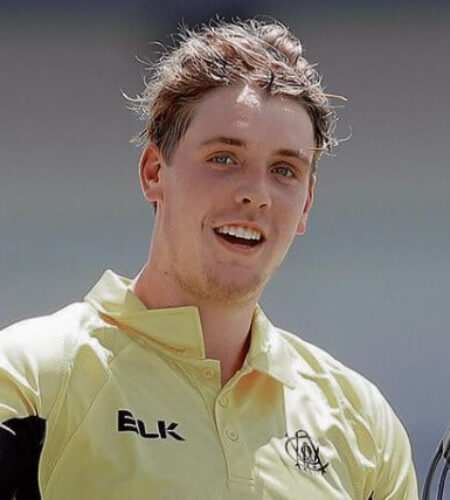 Cameron Donald Green is an Australian cricketer who plays for Western Australia and Perth Scorchers as an all-rounder.
He made his international debut for the Australia cricket team in December 2020.
Cameron Green was born on January 03, 1999, in Subiaco, Western Australia.
His father’s name is Gary Green, and his mother’s name is Bee Tracey.
He has a sister named Bella Green, and she is a Basketball player.
He did his schooling at Scotch College, Melbourne, Australia.
He is the youngest player to take a 5-wicket haul on the debut match of the Sheffield Shield.
Former Australian cricketer, Greg Chappel, described him as – the best since Ricky Ponting.
Cameron grew up in Subiaco, Perth and played for the Subiaco-Floreat Cricket Club.
He started playing in the 2009/2010 season in the U13’s league when he was 10 years old.
His favorite sports player is Gary Ablett Jr., a former Australian Rules Footballer.
He made his Twenty20 debut for the Perth Scorchers in the 2018–19 Big Bash League season on 13 January 2019.
In October 2020, Green was named in Australia’s squad for the limited overs matches against India.