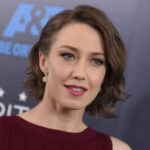 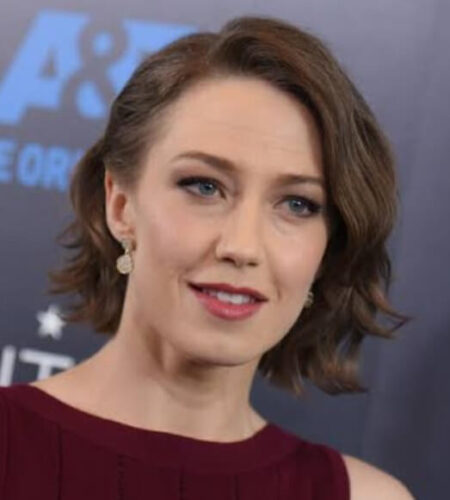 Carrie Alexandra Coon (born January 24, 1981) is an American actress. In television, she is known for her starring role as Bertha Russell in HBO Max’s 2022 series “The Gilded Age” (written by Julian Fellowes of “Downton Abbey”).
New York, NY, USA: Playing Honey in "Who's Afraid of Virginia Woolf?" on Broadway. [December 2012]
Is of German, English, French, and Slovak-Hungarian descent.
Daughter-in-law of Dennis Letts and Billie Letts.
Tracy Letts (2013-Present) – She got married to actor and playwright Tracy Letts in 2013 and they parent a son named Haskell Letts (b. March 13, 2018) who was delivered via cesarean section at Evanston Hospital.
Carrie Coon studied at Copley High School from where she graduated in 1999. Later, she got enrolled at the University of Mount Union and graduated with a B.A. in English and Spanish in 2003. She also received her M.F.A. in Acting from the University of Wisconsin–Madison in the year 2006.
On April 30, 2020, Coon joined the cast of the HBO drama series The Gilded Age as Bertha Russell, replacing Amanda Peet.
Coon provided the voice and motion capture for Proxima Midnight, a member of the Black Order and a child of Thanos, in the Russo Brothers-directed action film Avengers: Infinity War (2018).