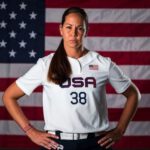 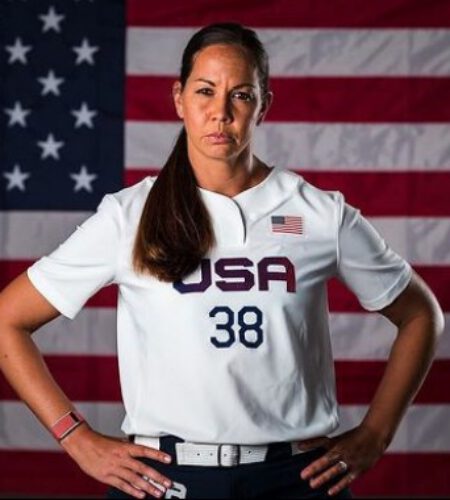 Catherine Leigh Osterman, professionally Cat Osterman, was born on April 16, 1983, in Houston, Texas (U.S.). Also, she is the daughter of Gary Osterman and Laura Osterman. Added to that, Cat is a proud sister to younger brothers, Craig and Chris.
Moving on, the Texan received her formal education in Cypress Springs High School. While there, Cat reignited her passion for softball after having left the game to play soccer and basketball.
The game was against the Cy-Fair High School team, a rival high school team. Moreover, this breathtaking performance was cited for a national record for most strikeouts in a single game under 20-innings, thereby displacing Jenny Stallard to occupy first place.
With a successful junior-level career and after graduating from high school, Cat targeted to join the University of Texas.
Upon breaking out in her freshman, Osterman got named the Second Team All-American by the National Fastpitch Coaches Association.
In 2001, she struck out 33 batters in a 14-inning 1–0 shutout over Cy-Fair High School. The performance ranked 16th on the list of strikeouts in a single game.
As such, she set a national record for strikeouts in a game less than 20 innings, beating Jenny Stallard's previous record of 31 in 19 innings in 1978; she also set a national record for strikeouts in a 14-inning game, breaking Michele Granger's former record of 31 in 1985.