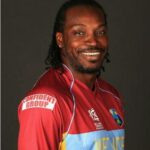 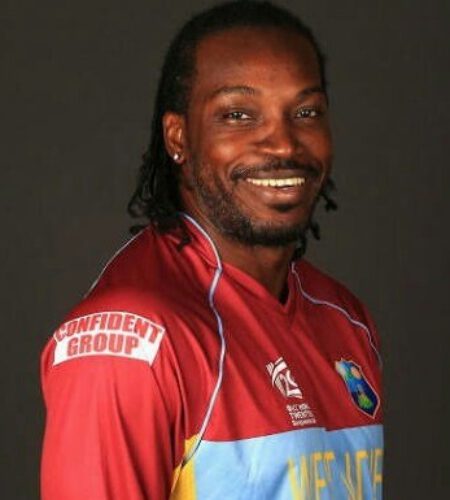 Christopher Henry Gayle, OD (born 21 September 1979) is a Jamaican cricketer who plays international cricket for the West Indies.
His father Dudley Gayle was a policeman and his mother made a living by selling peanuts and other snacks in the neighborhood.
The second youngest of seven children, used to live on St James Street, Rollington with their family.
He had schooling from Excelsior High School at Jamaica but could not attend college. He was so much passionate about cricket, that in age of 14 he used to hit centuries against adults. He made his West Indies 'A' team debut at school level.
Gayle captained the West Indies Test side from 2007 to 2010.
Gayle has set numerous records across all three formats of the game. He is the most capped player for the West Indies in international cricket and is the only player to score a triplet of centuries
A triple hundred in Tests, double hundred in ODIs and a hundred in T20Is. Gayle is the first ever batsman to hit 1000 sixes in T20 cricket.
On February 24, 2015, he became the first player to hit a double century in a World Cup after scoring 215 runs against Zimbabwe in a group stage match.
Chris Gayle holds the record for being the first player to score a century in an international T20 match, which he achieved on September 11, 2007, against South Africa.
On June 19, 2009, in a World Cup semi-final match against Sri Lanka, he became the first international player to remain not out from the start to the end of an inning in T20 cricket.
He holds the distinction of being the only player to score all three – a triple century in tests, a double century in one-day internationals, and a century in Twenty20 Internationals.