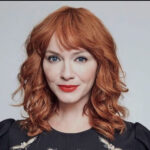 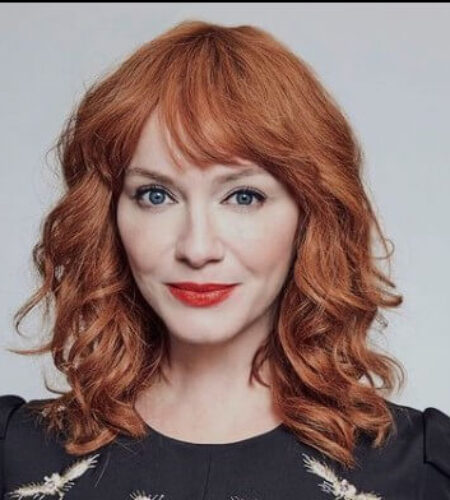 Christina Rene Hendricks (born May 3, 1975) is an American actress. She is best known for her role as Joan Holloway in the AMC drama television series Mad Men, for which she was nominated for six Primetime Emmy Awards.
A poll of female readers taken by Esquire magazine named Hendricks "the sexiest woman in the world". In 2010, she was voted Best Looking American Woman by Esquire magazine.
Hendricks' film credits include Drive, God's Pocket, and Lost River.
She currently appears as Celine/"Chair" in the Comedy Central sitcom Another Period, and as Trudy in the SundanceTV drama series Hap and Leonard.
Hendricks is a natural blonde and began coloring her hair red at age 10, inspired by the book Anne of Green Gables. She plays the accordion like her character Joan in Mad Men.
Through her father, she has a dual U.S. and U.K. nationality.
Los Angeles Times television critic Mary McNamara says that her portrayal of Joan has revolutionized perceptions of beauty on television.
British designer Vivienne Westwood selected Hendricks to represent her “Get A Life” Palladium jewelry collection in March 2011. Westwood described Hendricks as “the embodiment of beauty.”
In 2018, she was seen in home-invasion based horror movie The Strangers: Prey at Night. Upon release, the movie received generally unfavorable reviews from critics. However, she was praised for her performance.