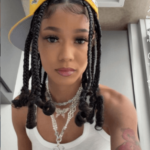 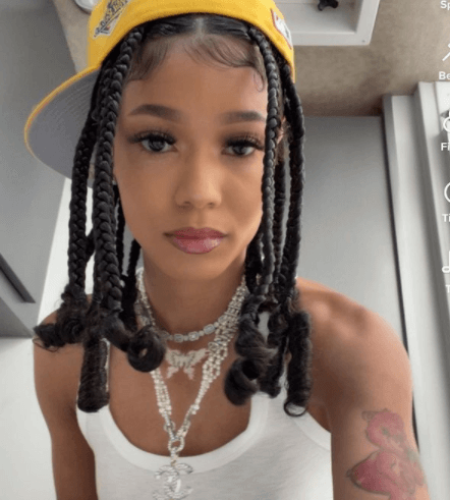 Coi Leray is a famous Rapper, who was born on May 11, 1997 in United States. Rapper who began earning buzz in 2017 with the release of the viral singles “G.A.N” and “Pac Girl.” Her first full-length album, Everythingcoz, was released in March 2018. According to Astrologers, Coi zodiac sign is Taurus.
She was born in New Jersey. She grew up alongside five brothers. She began dating rapper Trippie Redd in 2019, but the two later broke up.
She dropped out of high school at the age of 16 to pursue her singing career.
As of 2019, her music video for Huddy was viewed more than 500k times on YouTube.
She is known for her aggressive behavior when singing.
She has several tattoos including a butterfly on her left arm and a cross on her chest.
Coi grew up listening to Rihanna, Chris Brown, and B5. She also enjoys listening to Chief Keef, Rich the kid, and Famous Dex.
She and YoungThug are acquaintances.
Her music video for "Huddy" was viewed more than half a million times on YouTube.