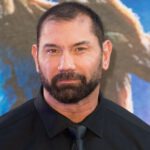 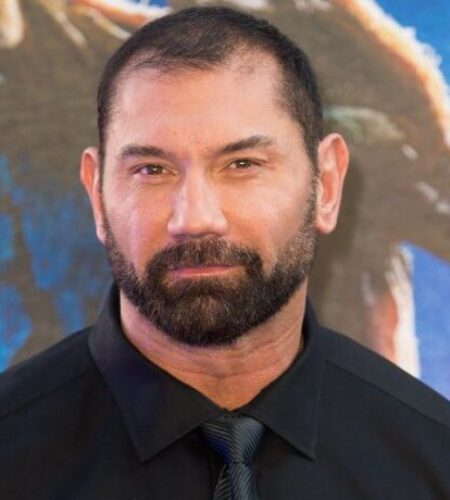 David Michael Bautista, Jr. was born on January 18, 1969 in Washington, D.C., to Donna Raye (Mullins) and David Michael Bautista, a hairdresser. He has Filipino and Greek ancestry.
His father was born in D.C., of three quarters Filipino and one quarter British Isles (English/Irish) ancestry. Dave's Filipino grandfather received U.S. citizenship after fighting in World War II. Dave's mother has Greek ancestry.
Batista is the longest-reigning World Heavyweight Champion in WWE history.
Dave Batista was a regular bouncer for several clubs before joining WWE and also worked as a lifeguard.
Batista says that he used to live in poverty during his childhood. At 13, he started stealing automobiles.
At the age of 17, Batista was distanced from his parents and lived on his own. He was also charged with assault and served one year of probation for getting extremely angry and injuring the unruly patrons at a club where he was a bouncer.
Batista debuted in WWE as a bodyguard to D-Von Dudley on the Smackdown brand. After that, he moved to RAW and did wrestling with Ric Flair as his manager.
Before the age of 40, Batista had already become the grandfather of 2 grandsons Jacob and Aiden by Keilani (his first daughter).
“The Animal” is the nickname, which had been used by George Steele and Joe Laurinaitis, previously before Dave Batista.
He holds the record for the longest reign as World Heavyweight Champion at 282 days and has also won the World Tag Team Championship three times, twice with Ric Flair and once with John Cena, and the WWE Tag Team Championship once, with Rey Mysterio.
Bautista was the winner of the 2005 Royal Rumble match and went on to headline WrestleMania 21, one of the top five highest grossing pay-per-view events in professional wrestling history.
When Bautista returned to WWE in 2014, he won the 2014 Royal Rumble match, after which he headline WrestleMania XXX.
Bautista began acting in 2006 and has starred in The Man with the Iron Fists, Riddick, the James Bond movie Spectre, and Blade Runner 2049.
He is best known for his role as Drax in the Marvel Cinematic Universe, portraying the character in the movies Guardians of the Galaxy, Guardians of the Galaxy Vol. 2, and Avengers: Infinity War.