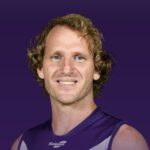 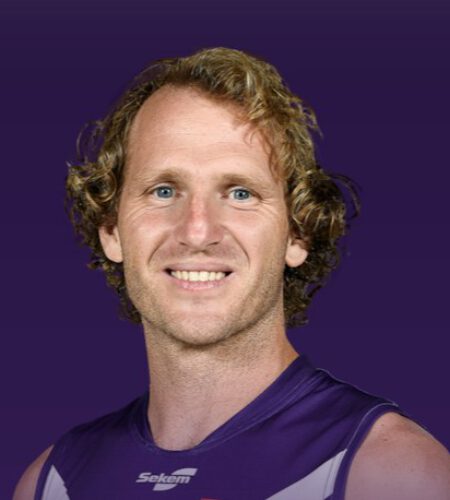 David Mundy (born 20 July 1985) is an Australian rules footballer who plays for the Fremantle Football Club in the Australian Football League (AFL).
He plays as a half back flanker or midfielder and began his football career at Murray Bushrangers in the TAC Cup. He was the captain of Fremantle during the 2016 season.
Mundy was drafted by Fremantle at selection 19 at the 2003 AFL Draft. This selection was traded to Fremantle by the Western Bulldogs in return for Steven Koops.
Upon moving to WA in 2004 he was allocated to the Subiaco Football Club in the West Australian Football League (WAFL).
Mundy started the 2008 season in good form, and was shifted to a midfield role late in the season in order to use his kicking ability. In 2009, he played his 100th game and was only the eighth player in league history to play them consecutively from debut. He played 124 consecutive games from his debut until he was a late withdrawal due to stomach cramps before the Round 17, 2010 match against the Western Bulldogs.
Mundy was the second Fremantle player to reach 300 games, after Matthew Pavlich. His 300th game was a win at Optus Stadium in April 201
In 2016, he was named the captain of Fremantle, however, the team headed into one of their worst seasons to date, with only four wins that year. In 2017, the captaincy was passed to Nathan Fyfe.