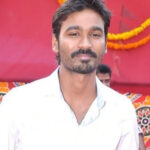 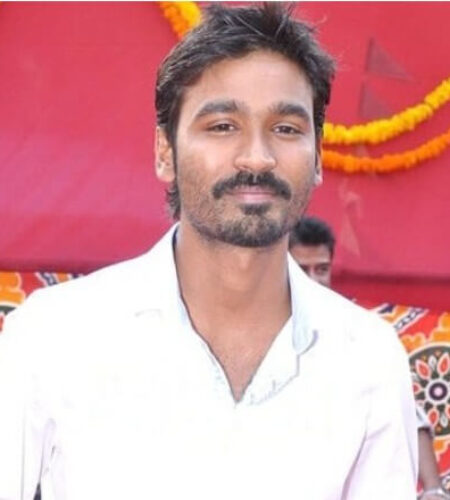 Dhanush is an Indian Film Actor, director, Producer, Writer, Playback Singer, Lyricist and Screenplay Writer.
He was born on 28 July 1983 in Chennai, Tamil Nadu, India.
Dhanush works in Tamil Film Industry and established himself as a leading & commercial successful Actor.
He is the younger brother of director Selvaraghavan and son of director Kasthuri Raja. Dhanush completed his higher education and appeared into the showbiz field because of his brother’s pressure.

The first film that he appeared in was that of his father’s titled, Thulluvadho Ilamai in 2002.
It was his older brother Selvaraghavan who forced Dhanush to join the film industry.
On May 20, 2010, Dhanush and his wife Aishwarya founded their very own production house under the name of Wunderbar Film.
In 2011, his self-made track Why this Kolaveri Di became the first music video on YouTube to cross 100 million views.
Dhanush directed the film Power Paandi in 2017, which happened to be his directorial debut.
Dhanush is a pure vegetarian.
He acted for the first time when he was only 16 years old in a film directed by his father.
Dhanush cannot speak good Hindi.
He is big fan of FC Barcelona.
Dhanush won his first National Film Award for Best Actor at the 58th National Film Awards for his performance in the film Aadukalam, directed by Vetri Maran.
He has won three National Film Awards for his films Aadukalam (Actor), Kakka Muttai (Producer) and Visaranai (Producer).