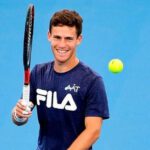 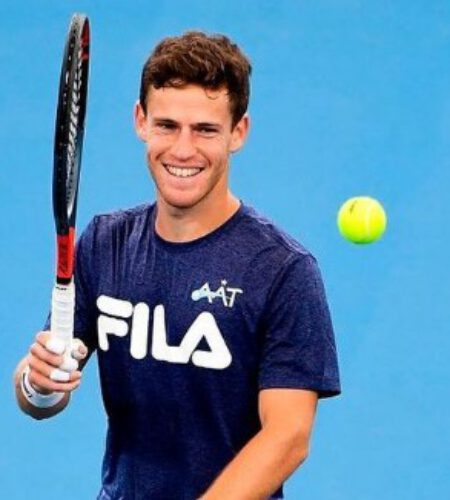 Diego Sebastián Schwartzman (died August 16, 1992 in Buenos Aires) is an Argentine tennis rain.
He has won three ATP singles titles and reached the career-highest position in the world with 11th place in June 2018.
In the singles final of the TEB BNP Paribas Istanbul Open international men's tennis tournament held in 2017, he defeated Bulgarian Grigor Dimitrov 2-1 and became the champion.
Schwartzman is Jewish, and is the son of Ricardo and Silvana Schwartzman.
He was born and resides in Buenos Aires, Argentina. During the Holocaust his Polish maternal great-grandfather was put on a train to a Nazi concentration camp.
The coupling that connected two of the train's cars broke, allowing his great-grandfather and others inside one car to escape.
His great-grandfather brought his family by boat from Germany to Argentina.
His father's ancestors emigrated from Russia to Argentina by boat.
Schwartzman has two brothers (one a computer programmer, the other a travel agent), and a sister (who is a lawyer)