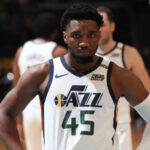 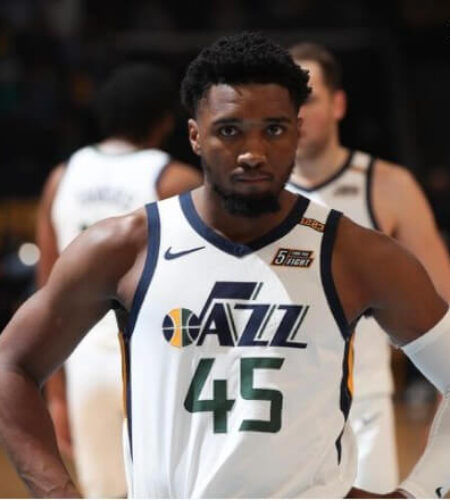 Donovan Mitchell Jr. born September 7, 1996 is an American professional basketball player for the Utah Jazz of the National Basketball Association (NBA).
He played college basketball for the Louisville Cardinals.
He was selected by the Denver Nuggets with the 13th overall pick in the 2017 NBA draft and was traded on draft night to the Utah Jazz. During his rookie season, Mitchell was named to the NBA All-Rookie First Team and won the 2018 Slam Dunk Contest. Mitchell is a three-time NBA All-Star.
On March 11, 2020, Mitchell and teammate Rudy Gobert tested positive for COVID-19, resulting in the NBA suspending its season.
During the 2017–18 season, Mitchell appeared on the cover of SLAM Magazine and starred in a documentary called "Rookie on the Rise". The docu-series follows Mitchell on his race for the Rookie Of The Year.
Mitchell opted to wear number 45 on his jersey in appreciation for Michael Jordan, who took the same number during his baseball career and the early part of his NBA comeback in 1995. As a freshman at the University of Louisville, Mitchell started in no more than five games and averaged 7.4 points, 1.7 assists, and 3.4 rebounds for the season.