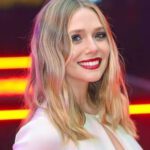 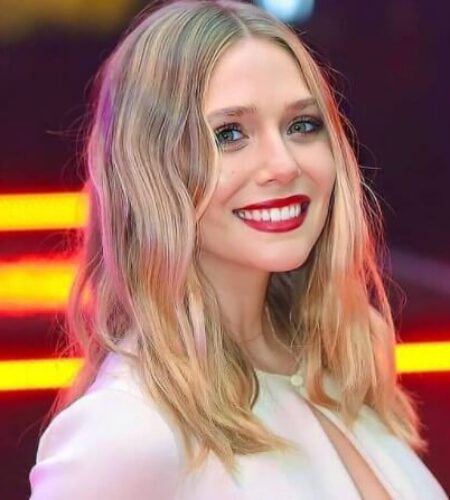 Elizabeth Chase Olsen (born February 16, 1989) is an American actress.
Olsen commenced her acting career at the age of 4.
Her breakthrough came in 2011 when she starred in the independent thriller drama Martha Marcy May Marlene, for which she was nominated for the Critics' Choice Movie Award for Best Actress and Independent Spirit Award for Best Female Lead, among other awards.
She subsequently starred in the films Silent House (2011), Liberal Arts (2012), Oldboy (2013), Godzilla (2014), I Saw the Light (2015), Wind River (2017), and Ingrid Goes West (2017). In television, she executive produced and starred in the series Sorry for Your Loss (2018–2019), for which she was nominated for a Critics' Choice Television Award.
She is known for portraying Scarlet Witch in the Marvel Cinematic Universe
Then a lead in Avengers: Age of Ultron (2015), Captain America: Civil War (2016), Avengers: Infinity War (2018) and the upcoming Avengers: Endgame (2019)
Olsen was born in Sherman Oaks, California
Her mother is Jarnette “Jarnie”, a personal manager
And her father David “Dave” Olsen, a real estate developer and mortgage banker
She is the younger sister of twins Mary-Kate and Ashley Olsen
Who became noted at an early age as TV and film stars
Olsen also has an older brother, Trent
And two younger half-siblings
In 1996, her parents divorced
The Olsens have Norwegian and English ancestry
There is a clothing line, named after her and her older brother, Elizabeth and James. It was started by Elizabeth’s sister.