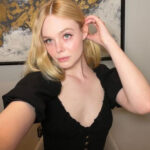 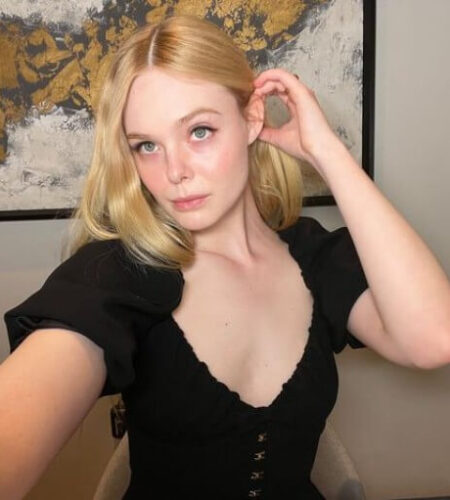 Mary Elle Fanning (born April 9, 1998), known as Elle Fanning, is an American actress.
She is the younger sister of actress Dakota Fanning. Fanning is known for her acting in many movies.
Parents are Joy Fanning (aka Joy Arrington Fanning) and Steven Fanning.
Her mom named her Mary and her dad named her Elle, so her name is Mary Elle Fanning. Like her older sister, Dakota Fanning, she uses her middle name instead of her first name.
Learned the piano.
Elle attended Campbell Hall School, North Hollywood, Los Angeles. Until the year 2007, she was homeschooled by her grandmother Mary Jane Arrington.
As a voiceover artist, she made her theatrical film debut by providing vocals to the character of Mei Kusakabe in the English dub of the 1988 Japanese animated fantasy film, My Neighbor Totoro, in 2005.
Alongside the likes of Joel Courtney, Kyle Chandler, and Caitriona Balfe, she co-starred as Alice Dainard in the 2011 science fiction monster thriller film, Super 8. For this role, she won the “Spotlight Award” at the Hollywood Film Festival and was nominated for several awards including Satellite Award for “Best Actress in a Supporting Role”, Teen Choice Award for “Choice Movie Actress: Sci-Fi/Fantasy”, and Broadcast Film Critics Association Award for “Best Young Actress”.
Her starring roles in Phoebe in Wonderland (2008), Somewhere (2010), and We Bought a Zoo (2011)
2001 American drama film I Am Sam for her role as Younger Lucy (aged 2). Actually, she portrayed the role as a younger version of her sister, Dakota Fanning. Dakota’s name was Lucy Diamond Dawson in that film.
2002 science fiction miniseries TV show Taken who portrayed the role as Alicia Keys (aged 3).