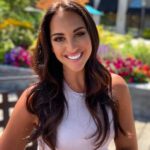 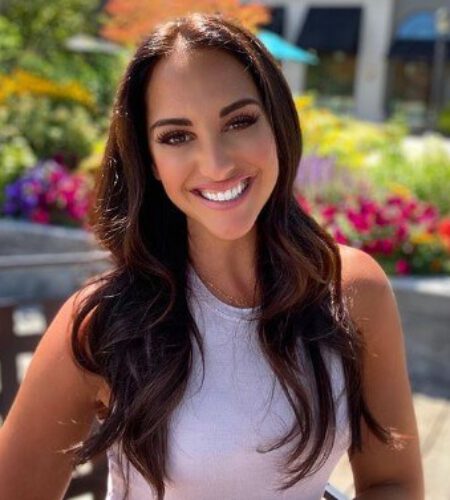 Emily Compagno was Born on ‎9th November 1979 on Oak Knoll, California, US. Emily is an American Former Cheerleader, Attorney, Analyst & Sports Business. He loved dancing from the age of three.
Emily Compagno completes a bachelor’s degree from The University of Washington. She got a Juris Doctor from the University of San Francisco.
One of her favorite Halloween costumes growing up was that of a pig, which she was “mercilessly” teased for.
During the time she studied at the University of Washington, Emily was awarded the United States Air Force Reserve Officer Training Corps’ Cadet of the Quarter Award.
After she passed the California bar, Emily worked as a criminal defense attorney in San Francisco, California.
She drives a red Ford Mach 1 1972 car that she acquired in 2006.
Emily was a captain of the cheerleading squad for the Oakland Raiders in the NFL, also known as Oakland Raiderettes, all while actively practicing law.
She was a brand ambassador for NFL in 2009 and was 1 of 5 cheerleaders that visited United States troops stationed in Kuwait and Iraq.
Emily Compagno is presently married to her longtime partner Peter Riley with whom she walked down the aisle on September 14, 2017, in Italy.
She has visited countries like South Africa and Uganda, all together, she has visited 85 countries presently.
Her dancing skills made her an ideal match for the Raiders as part of the cheering squad.
She’s a diverse and extremely knowledgeable person she studied Law as well as political science which help her tremendously during her show.
Ms. Compagno is very active on Twitter with more than 56 thousand followers.