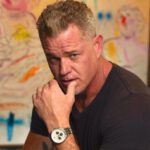 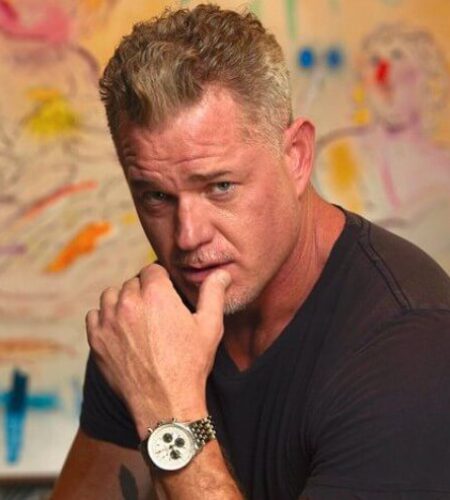 Eric Dane was born on November 9, 1972, in San Francisco, California, the older of two brothers. His father is an architect and interior designer based in San Francisco. His mother, Leah (Cohn), was a homemaker. His ancestry includes English, German, Finnish, Russian Jewish, and Austrian Jewish, and he had a Bar Mitzvah ceremony.
From 1987 to 1990, Eric went to Sequoia High School in Redwood City, California.
From 1990 to 1991, Eric attended and graduated from San Mateo High School in San Mateo, California.
In 1991, Eric appeared in NBC sitcom Saved by the Bell for his role as Tad Pogue in just one episode “The Game.”
Playing Dr. Mark “McSteamy” Sloan on the ABC’s medical drama series Grey’s Anatomy from 2006 to 2012.
Eric appeared in 1999 film The Basket for his role as Tom Emery.
Birth of his second child, a daughter, Georgia Geraldine Dane on December 28, 2011.
Co-starring on the hit TV show Grey's Anatomy (2005). [October 2006]
Filming Marley ve Ben (2008) in South Florida. [March 2008]
In June 2011, Dane entered a California treatment center to rectify a dependency on prescription drugs he had developed after suffering a sports injury.
In October 2012, Dane joined the main cast of the Michael Bay-produced TNT drama series The Last Ship. He is also credited as a producer on the show.
In April 2017, The Last Ship halted production through Memorial Day to allow Dane to deal with the depression he was battling.