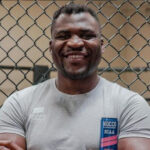 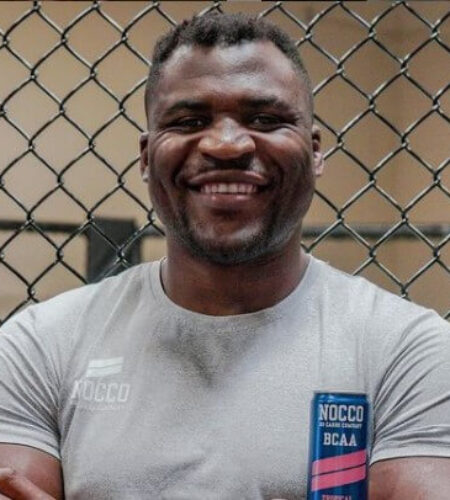 Francis Ngannou (born 5 September 1986) is a Cameroonian-French professional mixed martial artist competing in the Heavyweight division of the Ultimate Fighting Championship.
As of As May 24, 2020, he is #15 in the UFC men's pound-for-pound rankings and he is ranked #2 in the UFC heavyweight rankings.
Ngannou was born and raised in the village of Batié, Cameroon.
Ngannou lived in poverty and had little education. At 12 years old, Ngannou started working in a sand quarry because of a lack of funds. As a youngster, he was approached by gangs in his village to join them.
However, Ngannou refused and instead decided to use his father's reputation as a street fighter as motivation to do something positive and pursue boxing.
At the age of 22, Ngannou began training in boxing, despite reluctance from his family.
Ngannou started his MMA career mostly fighting in the French promotion 100% Fight, as well as other regional promotions in Europe, until 2015 when he made his professional debut under the UFC.
Ngannou made his UFC debut against fellow newcomer Luis Henrique on 19 December 2015 at UFC on Fox 17. He won the fight via knockout in the second round.
Ngannou is multilingual. He speaks several languages including Ngemba, French, and English.He learned English after joining the UFC.
The Francis Ngannou Foundation runs the first MMA gym in Cameroon, aiming to offer facilities for young people to have a place to train and feel like someone cares about them.