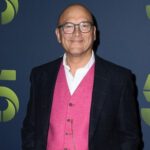 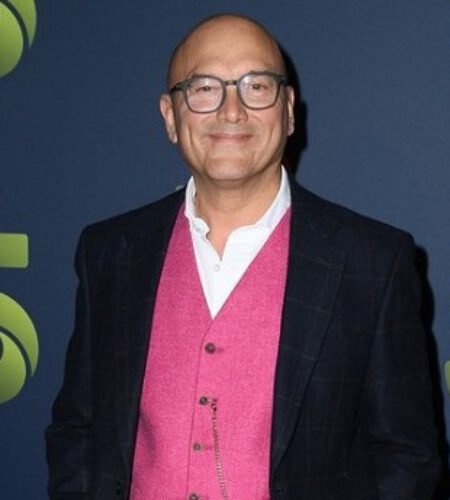 Gregg Allan Wallace (born 17 October 1964) is an English media personality, presenter, writer, and former greengrocer, known for co-presenting MasterChef, Celebrity MasterChef and MasterChef.
The Professionals, alongside celebrity chef John Torode, on BBC One and BBC Two. He has jokingly referred to himself as "just the fat, bald bloke on MasterChef who likes pudding". He has written regularly for Good Food, Now and Olive magazines.
Former farmer and greengrocer who also presents food-based television shows.
Children: Tom (16) and Libby (13). [2010]
Counts Masterchef Goes Large (2005) co-presenter, John Torode, as a very close friend.
Lives in Kent.
Revealed on The One Show (2006) that he is a big fan of Electric Light Orchestra and Jeff Lynne.
Wallace was born in Elephant and Castle, London. He began his career selling vegetables at a stand in Covent Garden. In 1989, he started George Allan’s Greengrocers, a company that built up to an eventual turnover of £7.5 million. Based on his business success, Wallace was invited to co-present Veg Talk on BBC Radio 4 with Charlie Hicks for seven years.
In 2010, Wallace opened the restaurant Wallace & Co in Putney where he served as one of the directors. In 2012, he opened Gregg's Bar & Grill in a joint venture with the Bermondsey Square Hotel in Bermondsey Square.