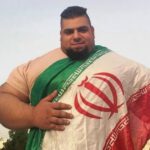 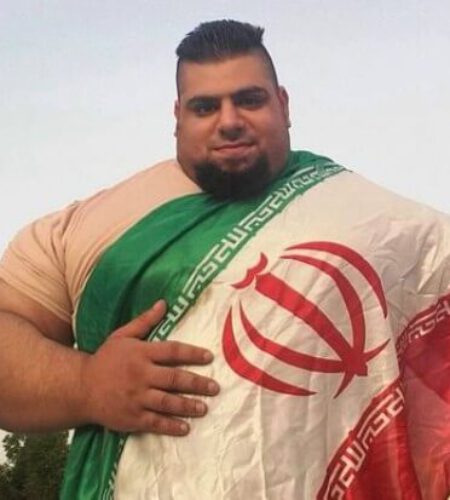 İranian Hulk (Sajjad Gharibi) born 19 December 1991 is an Iranian bodybuilder. He was born in Ahvaz, Khuzestan, and lives in Busher.
Gharibi became an internet sensation for his physique and has even been cast in films. He posts photos of his physique, videos of him training and promotes his upcoming fights on his social media channels.
The Iranian Hulk has more than 600,000 followers on Instagram at the time of this article's publication and
Gharibi also has a Bachelor of Commerce degree from Azad University in Bushehr, Iran, which is where he currently lives.
UFC star Brian Ortega challenged Gharibi to appear in the MMA ring, and he accepted. Ortega said he would smash “the Iranian Hulk” despite weighing about 240 pounds less than Gharibi. Gharibi had already accepted a match against Britain's Martyn Ford, but the deal was cancelled. Gharibi stated that he had agreed to fight Brazilian bodybuilder or “the Brazilian Hulk” Romario dos Santos Alves. He mentioned in an Instagram post, "I’m finally accepting my first professional fight against a Brazilian fighter." Gharibi does not have professional MMA experience, but his size and his wrestling experience will be a challenge for his opponent. He will fight Martyn Ford at an event set up by the Polish MMA organization Konfrontacja Sztuk Walki (KSW).