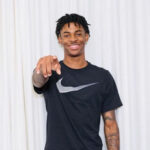 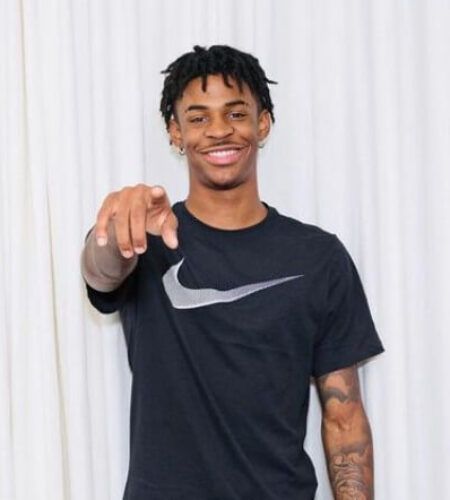 Temetrius Jamel "Ja" Morant born August 10, 1999 is an American professional basketball player for the Memphis Grizzlies of the National Basketball Association (NBA).
He played college basketball for the Murray State Racers, where he was a consensus first-team All-American as a sophomore in 2019.
Ja had attended Crestwood High School in Sumter, South Carolina. After his high school graduation, he joined Murray State University, a public university in Murray, Kentucky. Between 2017 and 2019, he represented the Murray State Racers basketball team.
Morant and his girlfriend, KK Dixon had a daughter on August 7, 2019, named Kaari Jaidyn Morant.Following Murray State's loss in the 2019 NCAA Men's Basketball Tournament, Morant announced his intention to forgo his final two seasons of collegiate eligibility and declare for the 2019 NBA draft, where he was selected as the second overall pick by the Memphis Grizzlies. Morant was selected to the Rising Stars Game for the 2019–20 season.
In June 2021, rapper Moneybagg Yo released a song titled Rookie of the Year to celebrate Ja being named the ‘NBA Rookie of the Year’. The song had praised his ‘underdog mentality’ as well as his rise from a barely known college freshman to one of the rising stars of the NBA.