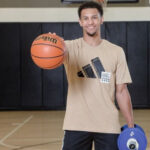 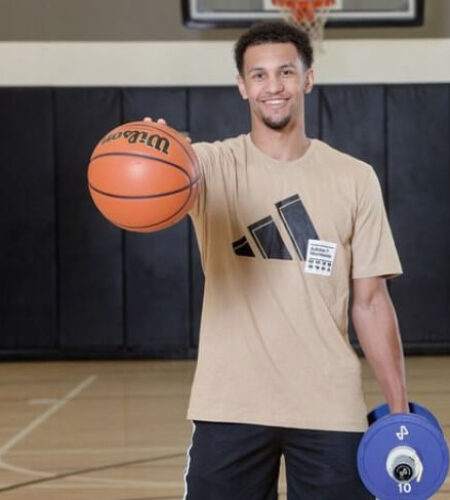 Jalen Rashon Suggs (born June 3, 2001) is an American professional basketball player for the Orlando Magic of the National Basketball Association (NBA).
He played college basketball for the Gonzaga Bulldogs. He was selected by the Magic with the fifth overall pick in the 2021 NBA draft.
Over the years, as a basketball player, Jalen has played in many international tournaments.
During the famous 2019 FIBA U19 World Cup, 2018 FIBA U17 World Cup, and 2017 FIBA Americas U16 Championships, he won three gold medals with USA Basketball.
Likewise, Jalen was also announced as the “2019 Basketball Player of the Year” by Pioneer Press East Metro.
Along with his parents, he also has two younger sisters named Jennica Suggs and Jaelle Suggs.
His father, Larry, played for Woodbury and Junior College basketball. Likewise, his relatives (D’Marr Suggs, Dion Suggs-Young, and Renard Suggs) played college basketball.
As for high school, Suggs attended Minnehaha Academy in Minneapolis. There he played three junior varsity basketball games.
After graduating from high school, Jalen attended Gonzaga University and started playing college basketball for the Gonzaga Bulldogs.
Suggs won a gold medal with the United States at the 2017 FIBA Under-16 Americas Championship in Formosa, Argentina. In four games, he averaged 7.5 points and 2.8 rebounds per game. At the 2018 FIBA Under-17 World Cup in Argentina, Suggs averaged 8.7 points and 3.3 steals per game and won another gold medal. He joined the United States at the 2019 FIBA Under-19 World Cup in Heraklion, Greece, averaging 9.6 points per game and helping his team win the gold medal. Suggs scored 15 points, his best mark in the tournament, in the final versus Mali.