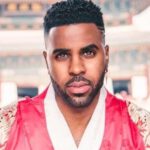 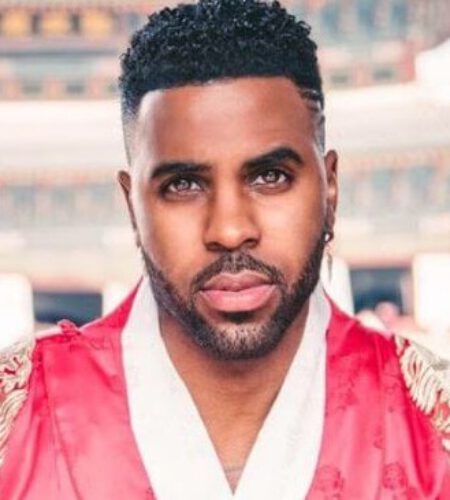 Born Jason Joel Desrouleaux, he became known for his double-Platinum hit, "Whatcha Say," which samples the Imogen Heap song "Hide and Seek." He has worked as a songwriter for artists like Birdman.
Jason Joel Desrouleaux (born September 21, 1989), better known by his stage name Jason Derulo (/d ə ˈ r uː l oʊ / ; formerly stylised as Derülo), is an American singer, songwriter, and dancer. Since the start of his solo recording career in 2009, Derulo has sold over 30 million singles and has achieved eleven Platinum singles, including "Wiggle", "Talk Dirty", "In My Head", and "Whatcha Say".
He was in a long-term relationship with Jordin Sparks but the couple separated in 2014. He later began dating social media star Jena Frumes. Their son, Jason King Derulo, was born May 8, 2021.
His parents are from Haiti.
Singers Jeremih Felton and Jason are not brothers.
“Desrouleaux” and “Derulo” are homophones (both sound the same).
He has played basketball while in high school. His high school team was at #14 in the country.
He comes from a middle-class family.
Michael Jackson is his biggest musical inspiration.
He released his second album, Future History, in 2011 and it reached #1 on the UK R&B Charts.
He studied opera and ballet at the Dillard Center for the Arts and began writing songs for Diddy and Danity Kane when he was sixteen.
He is a huge fan of Phil Collins and once said, “I was exposed to and became a fan of his music at an early age. From his time with Genesis to his incredible solo career, Phil Collins and his music have captivated generations.”
Whenever he is in a relationship with someone, Jason writes songs for that person.
He used to eat 4 bananas a day during his college days in New York. The reason being, he was short of money at that time (and one banana used to cost 25 cents). But, he used to show others that he is on a “potassium diet”.
He does not know cooking but would like to learn.
He used to feel insecure while removing his shirt off during school time as he was a little chubby.