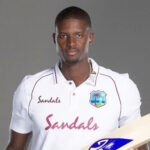 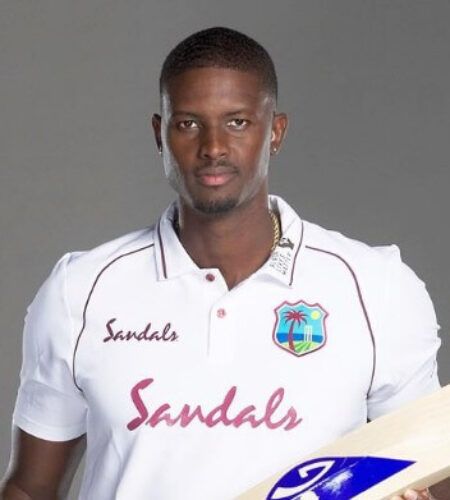 Jason Holder was born in 05 November 1991 in Bridgetown, Barbados. Is a Barbadian professional all-rounder cricketer. He made his debut in 2013.
In June 2019, Holder played in his 100th ODI match for the West Indies, during the 2019 Cricket World Cup.
In January 2019, he was ranked as the number one all rounder in the world according to the official ICC Test rankings. In August 2019, Cricket West Indies named him as the Test Player of the Year.
Jason was made the captain of the West Indies in the ODI format in January 2015. At 23 years and 72 days, he was the youngest cricketer to have ever captained the West Indies. In September 2015, he was made the captain in the test match format as well, becoming the second-youngest test captain of all time for the West Indies.
In a 2015 ICC Cricket World Cup match against South Africa, he had conceded 104 runs which was the 2nd-worst bowling spell in a 50-overs World Cup match, as of April 2021.
In March 2018, he had become the fastest player for the West Indies, in terms of matches (74), to score 1,000 runs and record 100 wickets in ODIs.
In January 2019, he had become the first West Indies cricketer since Garfield Sobers in 1974, to reach the number one position in the test all-rounder category in the official ICC rankings.
In 2019, he had won Cricket West Indies’ ‘Test Player of the Year’ award.