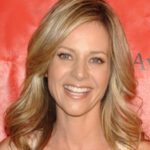 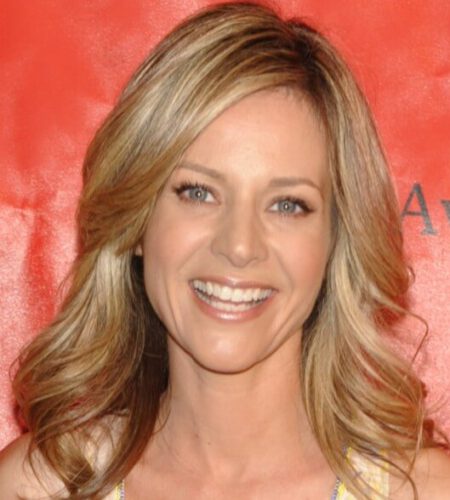 Jessalyn Sarah Gilsig (born November 30, 1971) is a Canadian actress.
She is best known for her roles as Lauren Davis in Boston Public, Gina Russo in Nip/Tuck, Terri Schuester in Glee, and as Siggy Haraldson in Vikings.
Her name is a Gaelic variation of “Jocelyn”.
From 1991 to 1992, Jessalyn Gilsig voiced the character of Gertrude of Griswald in the animated adventure series, Young Robin Hood.
As a voiceover artist, she made her theatrical film debut by providing vocals to Kayley, a young woman who wants to be a knight and saves Camelot, in the 1998 American animated musical fantasy film, Quest for Camelot (released in the United Kingdom as The Magic Sword: Quest for Camelot).
Jessalyn became an American citizen in 2013.
Attended McGill University, Montreal, Quebec from 1989 to 1993 and graduated with a degree in English.
Her husband, Robert Salomon was her prom date in high school.
Is Jewish on her father's side and married in a traditional Jewish wedding.
Daughter of Toby Gilsig, an engineer, and wife Clare, a writer and translator.
Speaks fluent (Québécois) French.
Began her acting career at age 12 doing voice-over work.
Her name is a Gaelic variation of "Jocelyn.".