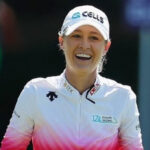 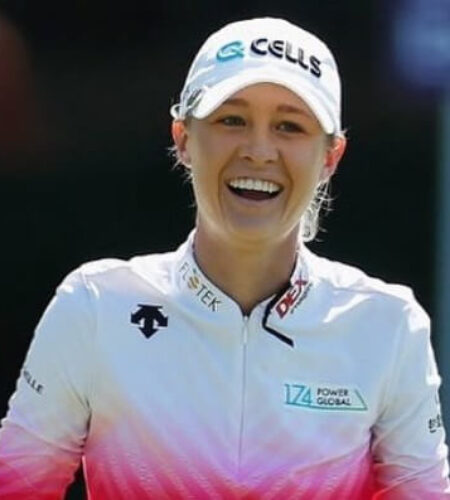 Jessica Korda was born on 27 February 1993 in Bradenton, Florida, USA. Her Zodiac Sign Pisces.
Her Father Name Petr Korda and her mother named Regina Rajchrtova. She has a younger sister named Nelly Korda.
Having turned professional in 2010, Korda currently competes on the LPGA Tour. She is better known as the daughter of retired professional tennis players Petr Korda and Regina Rajchrtova. She comes from a sports family.
As an amateur, she represented the Czech Republic in various tournaments. She later changed her allegiance to the United States. As of January 2021, Korda has recorded 6 wins on the LPGA Tour. She reached the career-high ranking of 23 in 2020.
Her birth place is in Bradenton, Florida in the United States. She holds an American nationality. She also holds Czech Republic nationality as she was born to Czech parents.
Nelly Korda is an international professional American golfer who plays on the LPGA tour. She played on the Solheim Cup 2019 and has won three times. And she made the cup at the U.S Women’s Golf Open 2012.
American women’s golfer Korda She didn’t marry yet but, she is in a relationship with her boyfriend Andreas Athanasiou.
Jessica Korda started playing golf at an early age. Her parents are retired tennis players but she chose golf as her career.
She was a member of the 2009 US Junior Solheim Cup and the 2010 US Curtis Cup teams.
She won the 2010 South Atlantic Amateur.
She made the cut at the 2008 and 2009 US Women's Opens.
She made her US Open debut in 2008, where she finished T19.
She finished runner-up at the 2010 US Women's Amateur.
As an amateur, she represented the Czech Republic in the World Amateur Team Championship Espirito Santo Trophy in 2006.
She later chose to represent the United States.
She represented the United States in the 2009 Junior Solheim Cup. Team USA won the title.
She finished T4 representing the United States in the World Amateur Team Championship Espirito Santo Trophy in 2010.
Her sister Nelly Korda joined her on the 2017 LPGA Tour after earning her card via the Symetra Tour.
Korda won her second LPGA Tour title at the season opening Pure Silk-Bahamas LPGA Classic in January 2014, finishing one shot ahead of Stacy Lewis.