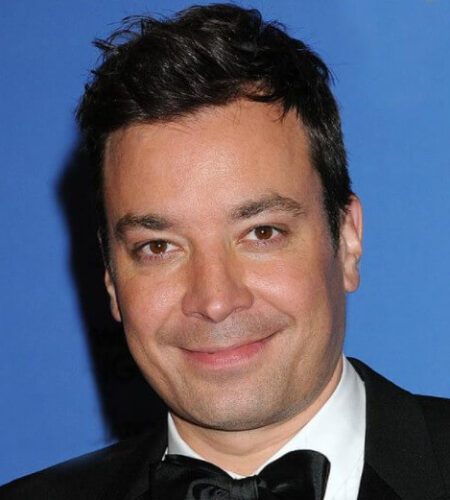 James Thomas Fallon (born September 19, 1974) is an American comedian, television host, and actor.
He is known for his work in television as a cast member on Saturday Night Live and as the host of late-night talk show The Tonight Show Starring Jimmy Fallon and before that Late Night with Jimmy Fallon.
As kids, Gloria and Jimmy would watch a number of ‘Saturday Night Live’ videos and would re-enact it in front of their parents, friends or family. Apart from impersonating the characters on ‘Saturday Night Live’, he also had a keen ear for music and would regularly perform in comedy and music contests.
James Thomas ‘Jimmy’ Fallon was born to James W. Fallon and Gloria, in Brooklyn, New York. He has an elder sister, Gloria.
He received his BA in Communication on May 9, 2009 and an honorary degree from The College of Saint Rose.
He studied at St. Mary of the Snow and then The College of Saint Rose, where he majored in Computer Science. However, he dropped the subject and switched to Communication. He graduated in the subject much later in his life.
At 13, he commenced playing guitar.
He was the class clown in his junior high year.
Alongside Sienna Miller, Guy Pearce, Hayden Christensen, Mena Suvari, and Shawn Hatosy, he co-starred as the American promoter and manager of entertainment acts Chuck Wein in the 2006 biographical film, Factory Girl.
He voiced the role in the 2015 video game Lego Jurassic World.
On November 4, 2017, Fallon's mother, Gloria Fallon, died from undisclosed causes at age 68 at NYU Langone Medical Center in Manhattan. Scheduled tapings of the following week's Tonight Show episodes were canceled. One week later, Fallon paid tribute to his mother following that night's monologue, becoming emotional and calling her "the best audience."