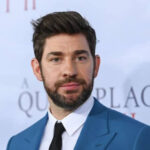 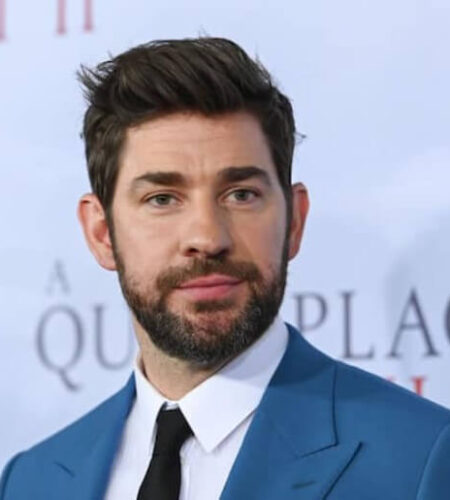 John Burke Krasinski is the son of Mary Clare and Ronald Krasinski. He was born in Massachusetts’s Boston on 20 October 1979. He was raised in Newton.
His The Office co-star B. J. Novak was also his schoolmate in Newton South High School. Both of them played on the same Baseball little league team. In fact, Novak even gave John his first stage experience by casting him in a satirical high school play.
John wore braces in high school.
As a Brown University undergrad, he became a member of the sketch comedy group called Out of Bounds and coached the basketball team in Gordon School in East Providence, Rhode Island.
Graduated from Brown University in 2001 as an honors playwright with a B.A. in English literature.
Graduated from Newton South High School (1997)
His father, Ronald Krasinski, is a doctor, and his mother, Mary Claire (Doyle), is a nurse. He has two older brothers, Kevin and Paul.
First stage experience was starring in a satirical high school play written and cast by B.J. Novak, now a writer and co-star on The Office (2005).
He was once a script intern onLate Night with Conan O'Brien (1993).
Is friends with David Schwimmer, with whom he worked in Duane Hopwood (2005).
Krasinski began dating English actress Emily Blunt in November 2008. They became engaged in August 2009, and married in a private official ceremony on July 10, 2010 in Como, Italy at the former home of George Clooney. They reside in the Brooklyn Heights neighborhood of New York City, and have two daughters named Hazel (born February 2014) and Violet (born June 2016).