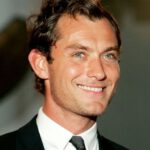 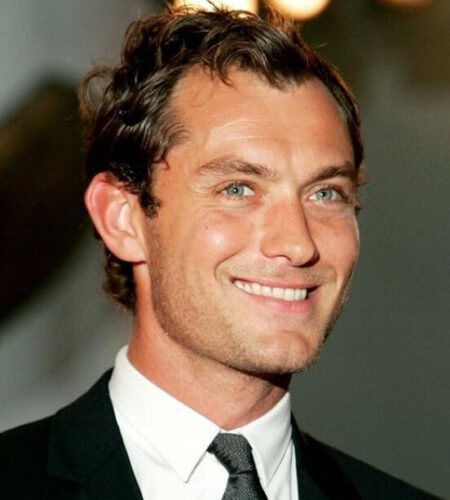 David Jude Heyworth Law (born 29 December 1972) is an English actor. He has received multiple awards including a BAFTA Film Award as well as nominations for two Academy Awards, four Golden Globe Awards, three Laurence Olivier Awards, and two Tony Awards. In 2007, he received an Honorary César and was named a knight of the Order of Arts and Letters by the French government, in recognition of his contribution to World Cinema Arts.
Jude Law was named after considering the Beatles song “Hey Jude” and also the book “Jude the Obscure.”
In 2015, Jude’s oldest son Rafferty was included in the list of GQ’s 50 best dressed British men.
A band named, Brand New featured a song on his name which is “Jude Law and a Semester Abroad.”
He played Watson in the 21st century Sherlock Holmes films alongside Robert Downey, Jr.
Law met actress Sadie Frost while working on the film Shopping. The two married on 2 September 1997 and divorced on 29 October 2003. They have three children. While filming Alfie (2004) in late 2003, Law and co-star Sienna Miller began a relationship and became engaged in 2004. On 8 July 2005, Law issued a public apology to Miller for having an affair with his children’s nanny. Miller and Law split in November 2006.