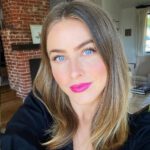 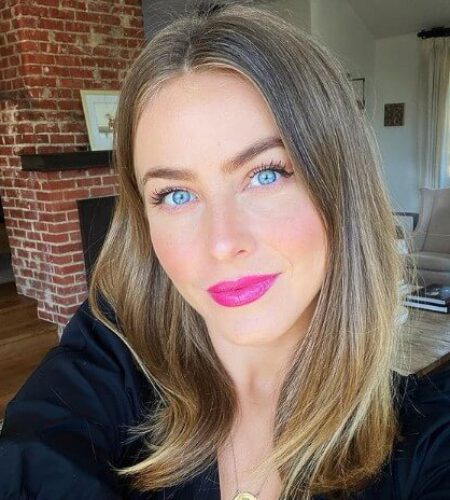 Julianne Alexandra Hough (born July 20, 1988) is an American dancer, actress and singer.
She is a two-time professional champion of ABC's Dancing with the Stars. She was nominated for a Creative Arts Primetime Emmy in 2007 for Outstanding Choreography in season five of the show.
Her first leading acting role was in the 2011 film remake of Footloose.
In September 2014, Hough joined Dancing with the Stars as a permanent fourth judge.
Along with her brother Derek Hough (who is a six-time winner of the dancing show), she won the Primetime Emmy Award for Outstanding Choreography in 2015. In 2016, she played Sandy in the live Fox television production of Grease.
Grew up in Utah with four brothers and sisters
Lived in London for five years, from age 10 to 15, to train with top dance teachers
Along with her brother Derek, was part of the kids band 2B1G, which stood for "two boys, one girl
" Assisted in choreographing Gwen Stefani's video for "Wind It Up
" Won Dancing with the Stars two seasons in a row; with Apolo Anton Ohno in season 4, and with Helio Castroneves in season 5
Released her first country-music album, Julianne Hough, in May 2008
Landed her first lead acting role in the 2011 remake of Footloose.
She was ranked #30 on ‘Maxim’ magazine’s list of ‘Hot 100 Women of 2008.’
In 2006, at the age of 18, she was engaged to Zack Wilson.
Hough idolizes Dolly Parton.