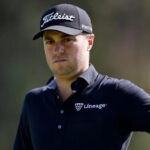 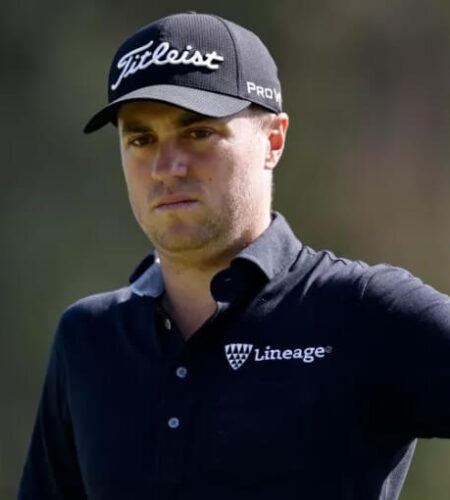 Justin Louis Thomas born April 29, 1993 is an American professional golfer who plays on the PGA Tour and is former World Number One.
Thomas already has 14 PGA Tour wins to his name. His first victory was back in 2015 in Kuala Lumpur at the CIMB Classic(opens in new tab), beating Adam Scott(opens in new tab) by one stroke.
Golf runs in the Thomas family, with both his father and grandfather playing professionally. His grandfather played in the US Open, where he was once paired with Arnold Palmer.
Justin began playing golf at the age of 2. His father Mike, a club pro, introduced him to the game and continues to be Thomas' coach.
Thomas played in the Wyndham Championship on the PGA tour in 2009. He was the third-youngest player to make the cut at the age of 16.
He now currently resides in Jupiter, Florida.
Justin is a massive University of Alabama football fan. He played college golf there.