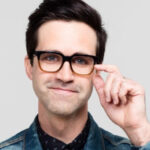 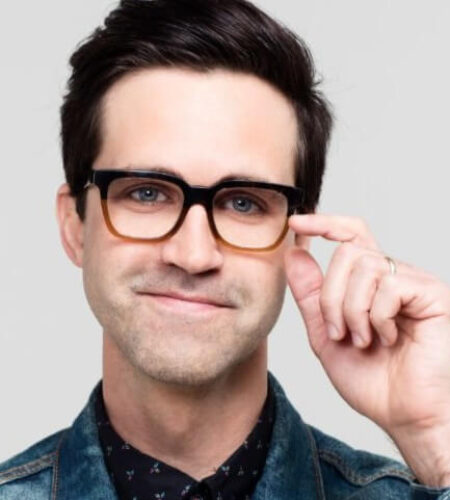 One-half of the popular YouTube comedy duo known as Rhett and Link alongside Rhett McLaughlin. Their Good Mythical Morning channel has earned over 17 million subscribers. He and Rhett host the weekly variety show The Mythical Show with Rhett & Link, the daily morning show Good Mythical Morning, and the Let's Talk About That talk show.
His real name is Charles Lincoln Neal III. His nickname, Link, which is derived from his middle name. He was born on June 1, 1978.
his zodiac sign is Gemini.
Moreover, he grew up in Buies Creek, North Carolina, and eventually moved to Los Angeles for his video making career. He was born to Charles Lincoln Neal II and Sue Capps. Moreover, when he was two years old, his parents went through a divorce. Sue then married her high school sweetheart, Jimmy Capps.
He attended Buies Creek Elementary School in Buies Creek, North Carolina from September 4, 1984. Then from 1996, he went to North Carolina State University with industrial engineering as his subject, graduating with the highest distinction in May 2001.
They also co-run the weekly podcast Ear Biscuits. He and Rhett won the Streamy Award for Best Comedy Show in 2016.
He appeared on multiple late night shows including Last Call with Carson Daly.