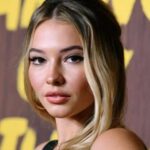 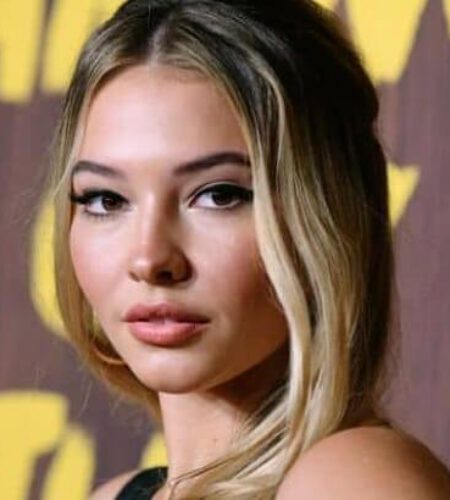 Madelyn Cline was born on December 21, 1997, in Goose Creek (near Charleston), South Carolina, U.S. to Mark and Pam Cline. Her father is a water system engineer, and her mother is a real-estate agent. Madelyn is also known by her nickname, Maddie.
Television actress who rose to fame after being cast as Sarah Cameron on the Netflix series Outer Banks. She has also made appearances on Stranger Things and The Originals.
Madelyn Cline is an American actor, model, and social-media star.
Born near Charleston, South Carolina, Madelyn began modeling at age 10.
After featuring in a host of print ads and commercials, she dropped out of university and plunged into acting at 19.
She had joined the Coastal Carolina University. However, she dropped out to become an actor at 19. She then moved to Los Angeles, California, against her parents’ wishes. Her parents still live in South Carolina but support her career.
She appeared in quite a few series, shorts, and films. After appearing in the series Stranger Things and The Originals, she made a breakthrough with the role of Sarah Cameron in the series Outer Banks.
In 2009, she was cast in a short film titled Milites Christi.
She portrayed Taylor Watts on the HBO series Vice Principals.
She was born in Charleston, SC. In July 2019, she shared a photo of her dad on her madelyncline Instagram account. Her parents are named Mark and Pam. In mid-2020, she began dating her Outer Banks co-star Chase Stokes.
In 2018, she was cast to play Sarah Cameron on Netflix’s original series Outer Banks in which the first season was released on April 15, 2020.
In addition to her filmography history, she has made appearances on various films and TV shows including Milites Christi (2009), 23rd Psalm: Redemption (2011), Bridge the Gap (2014), Savannah Sunrise (2016), Wild Flowers (2017), The Originals (2017), and Once Upon a Time in Staten Island (2020).
At the age of 10, she started modeling and has worked for various print advertising campaigns. She had also once appeared on the cover of the American Girl magazine.