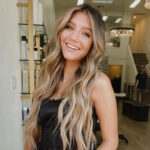 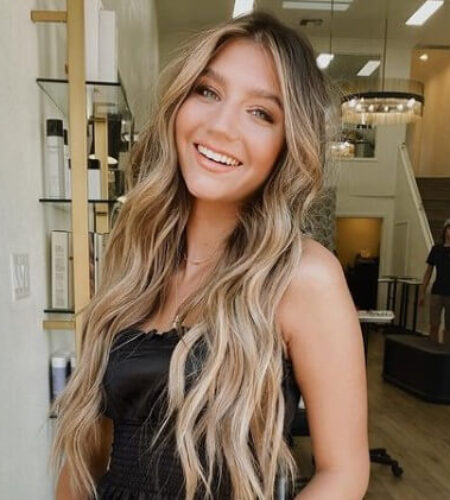 Content creator and actress who has earned over 11 million fans on TikTok posting lips syncs and viral dance videos. Her TikTok handle is mads.yo. She portrays Birdie Kaye on the popular web series Chicken Girls.
Was born on December 24, 2002, in Arizona on Christmas Eve and grown up in California. Her full birth name is Madison Lewis.
Her mother’s name is Tiffany Lewis who designs dresses and her father is a construction businessman.
She was homeschooled along with her brother and sister in her early days. Later, she joined the public school.
She is a triplet with her sister Riley who is also a TikTok star and her brother Dakota also sings on his Tiktok account.
She is a triplet with her sister Riley and her brother Dakota. She lives in California. She began dating Jaden Hossler in late 2019. She also dated Charles Gitnick from July 2018 to September 2019.
She stars alongside Jules LeBlanc and Hayden Summerall in Chicken Girls.
She has earned over 6 million followers on Instagram posting pictures from her daily life. She has a self-titled YouTube channel where she has posted a range of videos including makeup videos and challenges.
Mads is afraid of the dark and sleeps with the night lamp on.
She loves horror and romantic movies.
Madison Lewis has a right ear cartilage piercing.